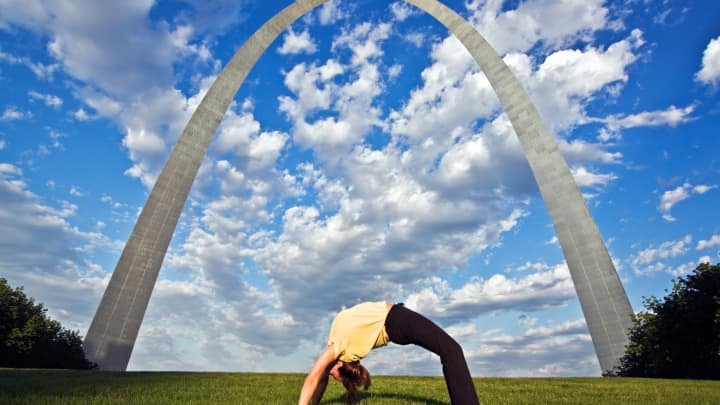 For new college graduates, the best cities in the U.S. to begin a career aren’t coastal — they’re in the Midwest, according to a recent ranking that has St. Louis at the top of the list.

Since college grads tend to earn less earlier in their careers, an analysis by insurance provider Insurify ranked cities in the U.S. by employment opportunity and affordability, as well as transit costs and livability.

The rankings were narrowed down to the best city in each state, and based on an “overall appeal” score out of 100, with 100 being the most appealing.

Here’s a look at the 10 best cities for new grads to start their careers:

Six out of the top 10 cities are located in the Midwest, including the top three. These cities have relatively low costs of living while offering comparable transit and entertainment options to larger coastal cities.

Big cities like New York City, Los Angeles and Seattle ranked between No. 12 and No. 20 on the overall list, with New York placing the highest of the three at No. 12. These cities have higher costs of living, but did well overall because of access to alternative transit options and entertainment choices.

A city received a higher overall appeal score if it has a lower unemployment rate, a lower cost of living, lower one-bedroom rental costs, a high alternative transit score and a higher number of arts and entertainment venues per capita.

The cost of living is based on the average U.S. household budget, using U.S. Bureau of Labor data from 2021. Because the cost of living also includes housing, Insurify lowered its weighting of rental costs by half. To account for higher savings associated with not owning a car, alternative transit scores were weighted with a 1.5 multiplier.

Estimates are based on data compiled from the U.S. Bureau of Labor Statistics and the U.S. Bureau of Economic Analysis. Other data comes from rental site Apartment List, gas price tracking site Gas Buddy and private health-care foundation The Commonwealth Fund.