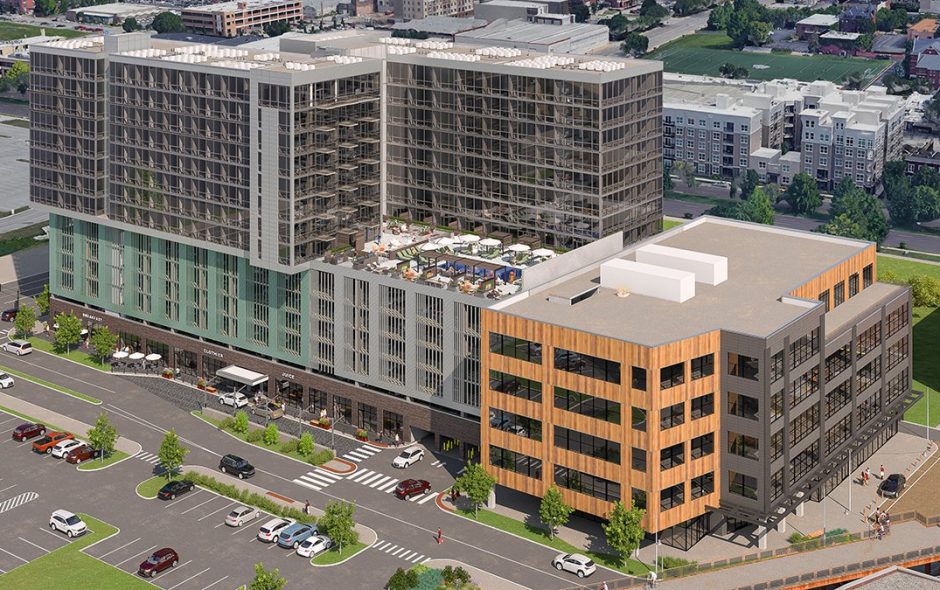 Imagine playing with Lincoln Logs, but instead of stacking twee 4-inch wood pieces, you’re working with a set of massive beams and columns of cross-laminated timber from Canada. Layers of wood are laid and glued perpendicular to the one beneath it, resulting in a material stronger than a single layer of timber. You obsess over the locations of the holes you’ll need for electric and plumbing, because they’ll need to be drilled before the kit is loaded on a train and shipped to you. When you receive your set, each piece of wood is numbered so you know where it goes. Someone hands you a blueprint and a bunch of bolts. A crane operator rolls up.

You have six weeks to erect your building.

This scenario might sound like a fun theoretical challenge, but in St. Louis, it’s about to become a reality. The second phase of Midtown’s City Foundry STL will include a five-story, 83,000-square-foot office building constructed in this manner. It’s called mass timber, a building style most commonly seen in heavily wooded areas of the United States, such as the Pacific Northwest, where timber is readily available. The buildings are modular, built from kits of parts, and the City Foundry STL office will be St. Louis’ first mass timber building. Gregory C. Trost, an associate principal architect at Lawrence Group, the masterminds behind City Foundry, thinks you’ll see more of these structures springing up across the country.

Mass timber was pioneered in Austria in the 1990s, but in 2013, the U.S. had just 26 such buildings. By 2021, that number had swelled to 576. Advocates for mass timber say it’s more sustainable than concrete and steel. It’s estimated, for example, that making steel accounts for 15 percent of global carbon dioxide emissions. Forests, however, are carbon sinks—they absorb more carbon than they emit—and with good forestry practices, timber is harvested and regrown.

Yet conservation groups like the Sierra Club have been reluctant to embrace mass timber. They argue that logging releases carbon stored in trees and that better forest protection and stewardship are essential to fighting climate change. But even taking into account the environmental cost of transporting a mass timber kit to a build site—wood is lighter than steel, resulting in lower train and truck emissions—mass timber requires less energy than concrete and steel, Trost says: “That’s really where the carbon footprint is mitigated.” The Lawrence Group’s timber, black spruce, is coming to St. Louis by rail from Quebec; the use of closer sites, such as one in Arkansas, could further cut transportation emissions in future mass timber projects.

Mass timber is a modern-day version of heavy timber, which was present in St. Louis at the turn of the century. The Eames & Young–designed Cupples Station complex, located downtown between 7th and 11th streets, features the big square beams associated with heavy timber buildings. The natural material here exudes warmth and comfort, as it will in the new office. “When you walk in those buildings, it certainly gives a different sense than a project that features concrete or steel columns and beams,” says Trost. “It takes on a different character.” 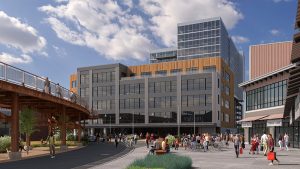 He hopes that the new building, which the Lawrence Group estimates will be finished by early 2024, showcases a pioneering spirit: “We want this type of building to help provide inspiration, another way to show the growth and foresight within our region.”

In another forward-looking move, the Lawrence Group will be applying for the building’s WELL certification. LEED scores a building on its efficiency in regard to such factors as energy and water use. WELL takes it a step further, scoring a building on how it supports the well-being of its occupants. This certification requires that the building provides access to nature; integrate “beauty and design,” such as works by local artists; and requires its drinking water to be tested more frequently.

“I really think that’s where things are leading,” Trost says. “Rather than just building performance–based [metrics], it’s about the occupants.” 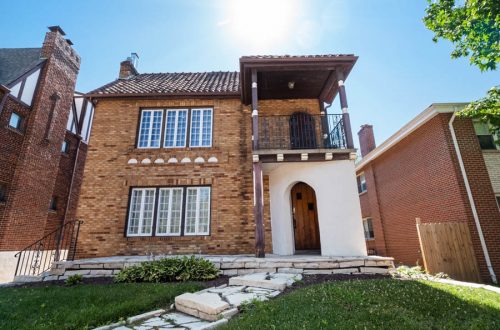 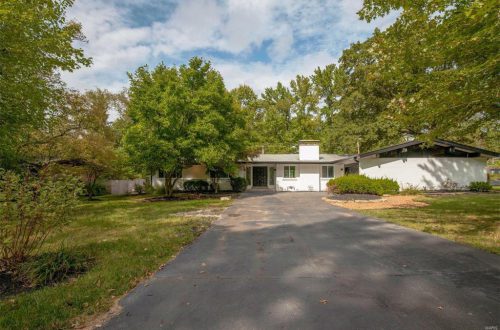