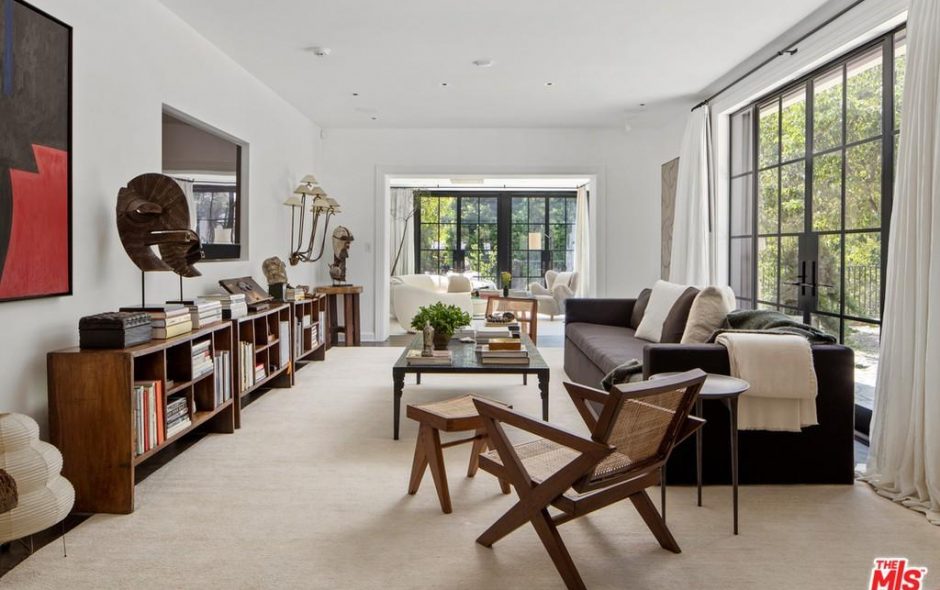 Ellen DeGeneres and Portia de Rossi are all about the flip these days.

They’ve just put the Beverly Hills mansion that they bought from Maroon 5 frontman Adam Levine in 2019 back on the market for $53.5 million.

Levine—who has a reputation for being a luxury flipper himself—had purchased the 10,376-square-foot, ivy-covered mansion for $33.9 million in 2018, from the creator of “Will and Grace,” Max Mutchnick.

Levine reportedly sank $7 million into renovations, then turned around and sold it in May 2019 to DeGeneres and de Rossi for $42.5 million.

DeGeneres and de Rossi aren’t revealing what they spent to renovate the manse even further. It was originally built in 1933, and the listing photos reveal that much of the original Hollywood glamour has been left intact, and those lovely steel and glass windows remain.

But quite a few rooms, plus the grounds and exterior spaces, show signs of the DeGeneres and de Rossi signature touches.

In addition to the main manse, the 1.05-acre property features a guesthouse and lush rolling lawns. There are multiple patios, decks, and private outdoor dining and conversation areas, one with a fire pit.

Not far from the glamorous pool is an outdoor kitchen with a dedicated pizza oven and barbecue.

The sunken tennis court, once enjoyed by the tennis great Pete Sampras(who is also a former owner) appears to have been resurfaced and upgraded to an even more pristine condition. 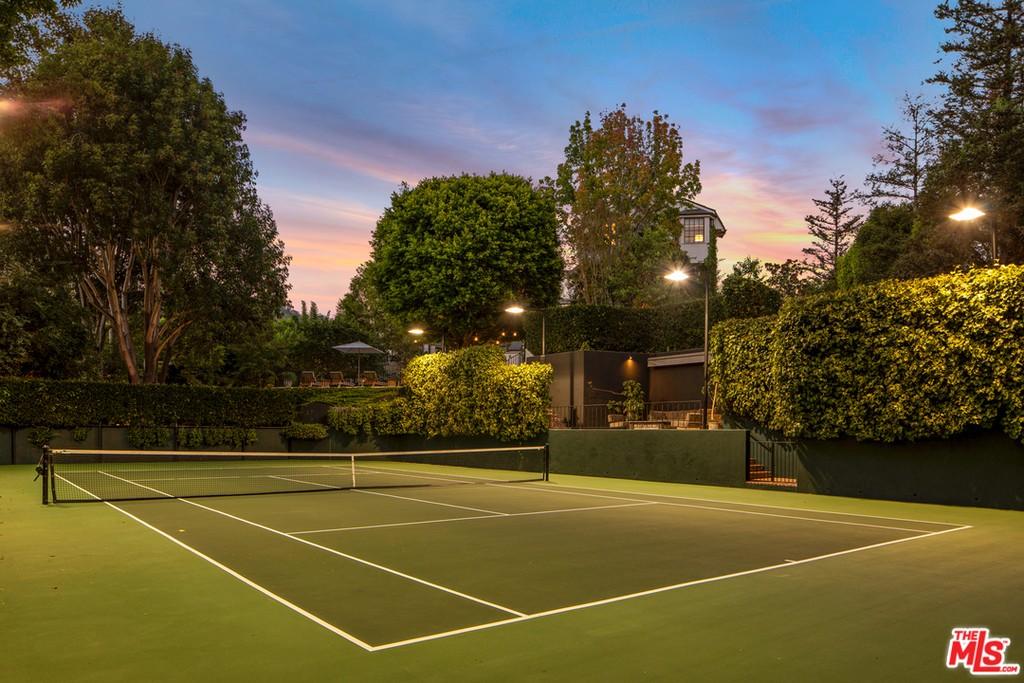 Another feature of the home that appears to have had a little work done is the kitchen, which now displays warm wood cabinetry, granite and quartz counters, and coordinated top-of-the line appliances. The separate stainless steel-wrapped professional chef’s/catering kitchen remains mostly the same.

The home theater also seems to have been gussied up. Luxe and comfy, with blackout curtains, the theater features an adjacent concessions bar. That bar has a large screen of its own, so anyone feeling thirsty can converse without bothering viewers in the theater and not miss a second of the on-screen action.

There’s a bright two-story foyer and a 50-foot living room with a stone fireplace. Dazzling white plaster walls and wide-plank, reclaimed wood floors are also a huge selling point, as is the large formal dining room—also with its own bar. 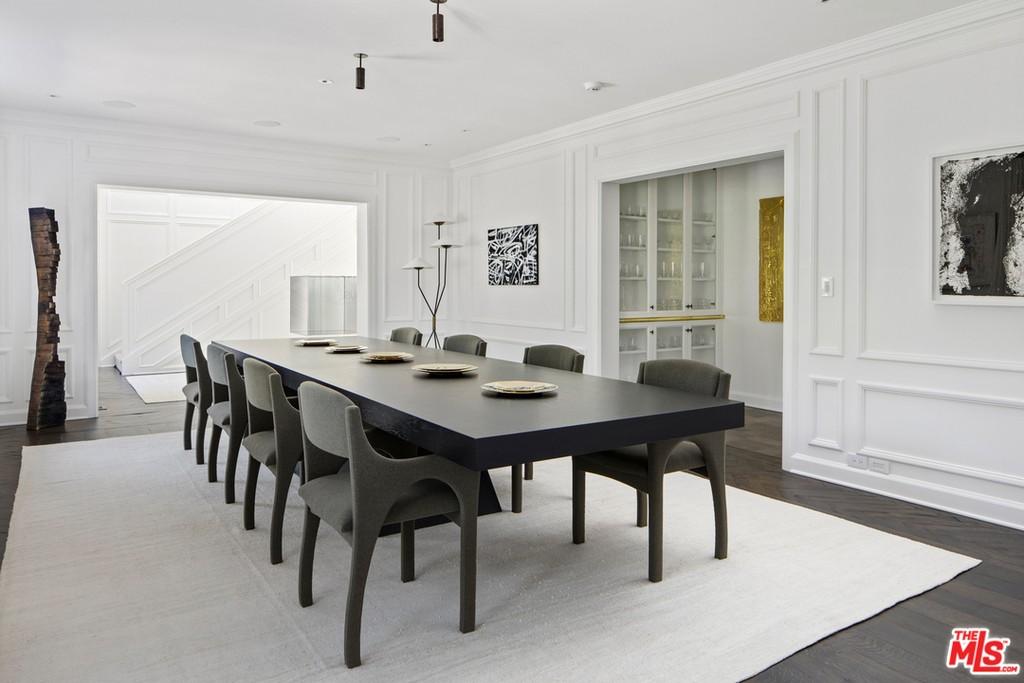 The highlight of the generous primary bathroom are large walk-in closets, as as well as a unique free-standing bath with a large wet room.

DeGeneres and de Rossi have been so active in the upscale real estate market over the past several years, it’s hard to keep up. Last November, they sold a modern Montecito compound for $33.3 million, after first putting it on the market for $39.9 million. It looks as though they may nevertheless have realized a decent profit, since they purchased it for $27 million in 2019.

Numerous other luxury estates, homes, and condos have passed through DeGeneres’ hands, going as far back as 2005 and likely even before. For a full rundown of her escapades in real estate, see: Ellen DeGeneres Has Sold How Many Homes?!