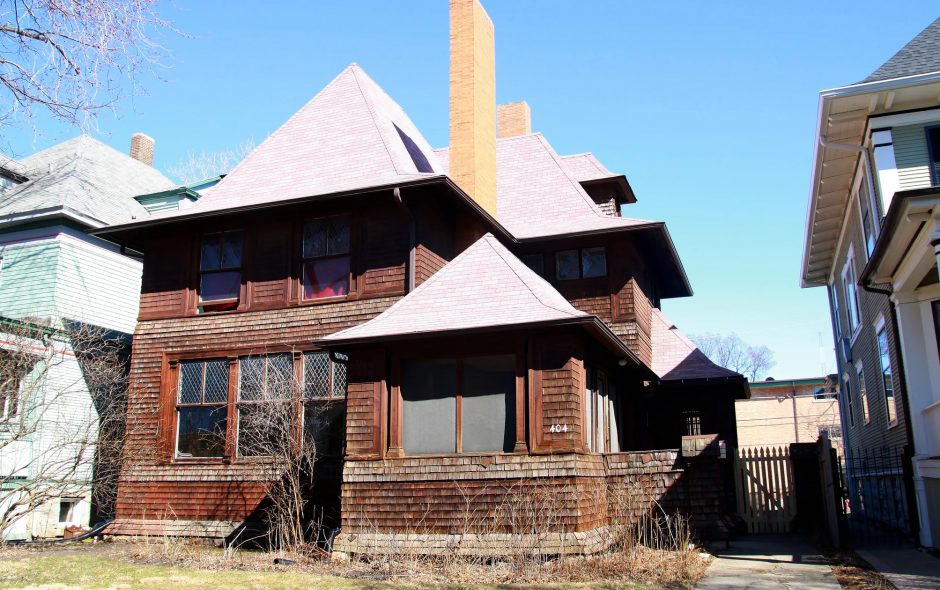 For fans of American architecture, perhaps the only thing more exciting than a Frank Lloyd Wright home hitting the market, is a listed Frank Lloyd Wright house receiving a price cut. As relatively rare commodities with only a set number in existence, the latter of these scenarios doesn’t happen often—in fact, Wright properties usually sell for over the asking price. However, today is a lucky day: One of the visionary’s earliest works was listed for sale in December, and its price has already been reduced twice.

According to the Chicago Tribune, the home was originally listed at $770,000 and later dropped to $629,900. Now, it’s going for $595,000. According to the local outlet, the increasingly lower price is a result of the run-down state of the home, and its future owner will need to be prepared to renovate much of the inside. “The inside needs work, but it has high ceilings, spacious rooms, and nice delivery from room to room,” the listing agent, Catherine Cannon, told the paper.

Located in Oak Park, Illinois, the two-story, shingle-style home, known as the George W. Smith House, is one of Wright’s earlier masterpieces, designed in 1895 and predating his Prairie-style properties. Featuring high-pitched, double-slope roofs and a shingled exterior, the unique property reflects Wright’s early experimentation and is notably different than later work that often emphasized horizontal space and made use of flat roofs. According to the Real Deal, the home has been in the same family for the past 60 years.

Built in 1898, the property wasn’t constructed until four years after Wright designed it. Originally conceived as a series of low-cost homes created for engineer and inventor Charles E. Roberts, an early patron of Wright’s work, the home’s ultimate owner and namesake, George W. Smith, was a salesman at Marshall Field & Company. Inside, the house features 10-foot ceilings on the first floor, three bedrooms, one and a half bathrooms, a sunroom, a wood staircase, and a fireplace.

Though Wright’s hand alone makes the home unique, for any devoted follower of the American architect, its location in Oak Park is certainly exciting as well. Containing the largest concentration of Prairie-style homes, the Chicago suburb, in many ways, acts as a living, walkable museum of many of Wright’s early residential projects (Wright even lived there for 20 years). Though the inside will require work, thanks to the property’s location within the Frank Lloyd Wright-Prairie School of Architecture Historic District, its exterior is protected and can’t be demolished. 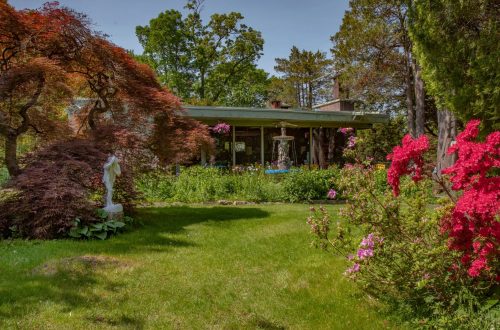