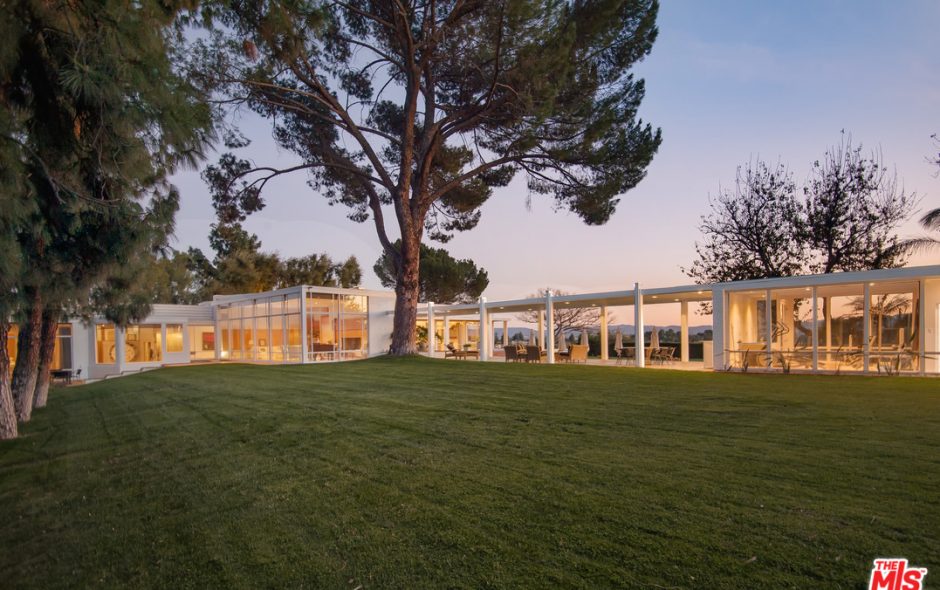 Whether you know it or not, you’ve probably already seen this Chatsworth home. The iconic Midcentury residence, which housed Frank Sinatra for a decade and starred in more films and TV shows than most actors working today, just surfaced for sale at $21.5 million.

By far the priciest of the 70 or so homes currently listed in the sleepy San Fernando Valley suburb, the sprawling 13-acre estate boasts an illustrious Hollywood history dating back seven decades.

It was built in 1951 for banking heiress Dora Hutchinson, who commissioned William Pereira for the job. Pereira, a prolific architect famous for his futuristic designs, is better known for his commercial work including the Transamerica Pyramid in San Francisco, the Geisel Library in San Diego, the Disneyland Hotel in Anaheim, the Los Angeles County Museum of Art, and LAX.

Hutchinson hosted lavish parties at the estate before moving to New York and leasing the place to Frank Sinatra, who lived there in the 1950s and 1960s.

It still hosts celebrities on a regular basis, as the main residence now serves as a filming location. The sleek, single-story home wrapped around a 50-foot pool and lounge has appeared in “Mad Men,” “Californication,” “Big Little Lies,” “The Last Man on Earth,” “Transformers,” “Dreamgirls,” “Ali,” “Bewitched” and “Swordfish,” to name a few.

According to the listing, the production business brings in roughly $1 million a year, but that’s not the only investment opportunity. The property also comes with city approval for 10 homes with a separate entrance away from the main home.

The estate last listed for $12.5 million in 2018 but was recently remodeled, which explains the dramatic price jump. Secluded behind gates at the end of a nearly mile-long driveway, it sits atop a promontory overlooking the surrounding mountains and Chatsworth Nature Preserve.

Wrapped in glass, the main house combines vast, gallery-like spaces and long, scenic hallways. Wood accents complement the whitewashed rooms, lining cabinetry in the kitchen and walls in the living room. In addition to the swimming pool and 2,000-square-foot lounge surrounding it, highlights include a gym and massage room.

There’s also a guesthouse that comes with its own pool and backyard. Ideal for hosting, the property includes parking for 100 cars and space for 400 people.

Iconic mid-century compound built by acclaimed architect William Pereira AIA. This Hollywood A-list property is totally restored and sits securely secluded behind gates atop a promontory hill with a 2/3 mile driveway. The Main Residence overlooks the 1,325-acre Chatsworth Preserve, and the glorious mountain range highlights the 360-degree panoramic views. A fabulous 50′ pool, a gorgeous 2000sf pergola lounge area, a separate Gym/Massage room, plus mature landscaping, and rolling lawns that easily accommodate hundreds of guests. The completely private Guest House, with its incomparable history, has its own pool and yard. Perfect as a home, or for filming income, or to admire as its own work of art. It is one of the most sought-after locations in LA. Ideal for equestrian facilities, Recording studio, vineyard, helipad, or multi-generational living. City approval for 10 homes with a separate entrance that is not seen by the main residence. Own Architectural Art. Own Hollywood History. Own Investment Income – Own your own dream. Showings are subject to availability based upon the filming production schedule. 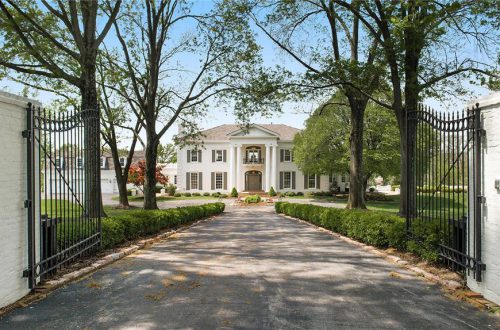