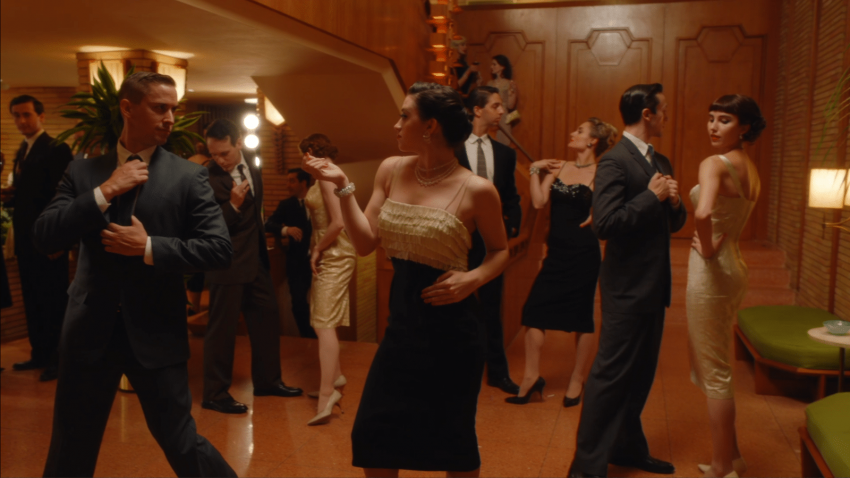 Some homes are famous for their architectural notoriety, others for their historical significance and a few for their place in popular media. If you’re looking for a house with some of the first as well as the latter, you’re in luck— a New Jersey home that was designed by a Frank Lloyd Wright apprentice and was featured in The Marvelous Mrs. Maisel is on the market for $2.5 million.

The seven bedroom home was built in 1968 by Wright apprentice John Rattenburg. Rattenburg worked with Wright for eight years and continued to work at Taliesin Architects, a design firm created by other apprentices, after Wright’s death. 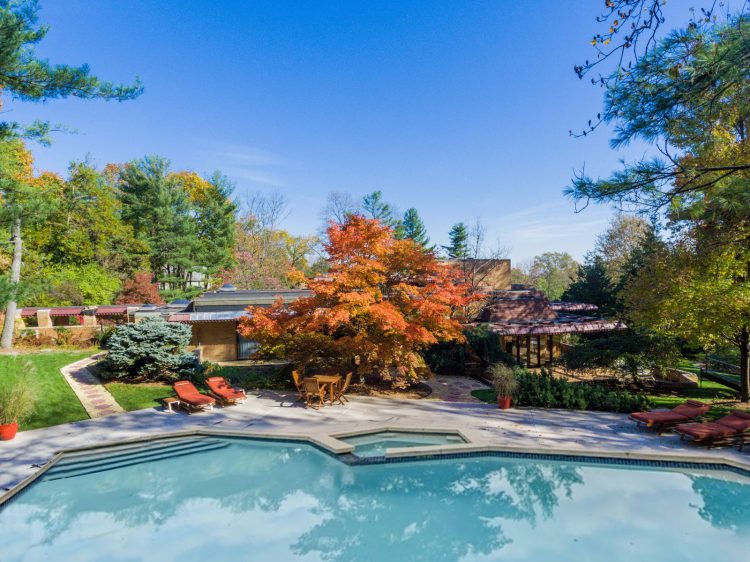 The home was commissioned by the Kessler family, who wanted a custom home on par with Wright’s most famous creation, Fallingwater. Rattenburg certainly delivered, designing a breathtaking, luxurious home that sits on 2 acres of lush landscaping. 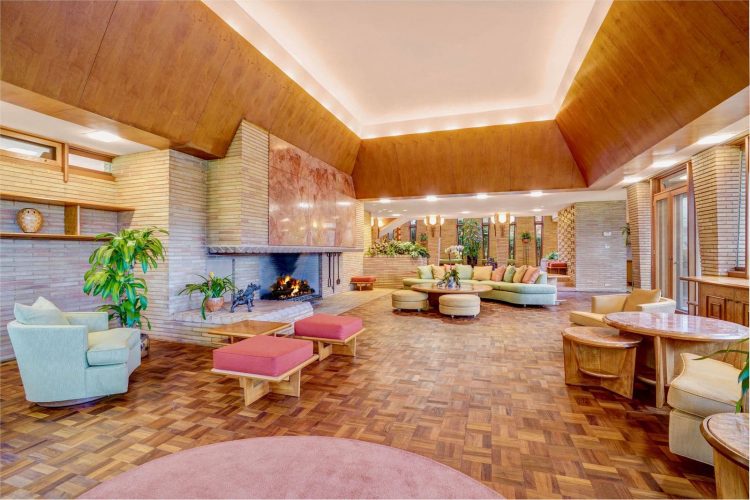 Inside, the home is decorated with custom teak paneling, brick and terrazzo. Expansive windows bring light into even the darkest corners of the house, creating a space that feels at one with its picturesque surroundings. There’s even a wraparound terrace for indoor-outdoor living during the warmer parts of the year. 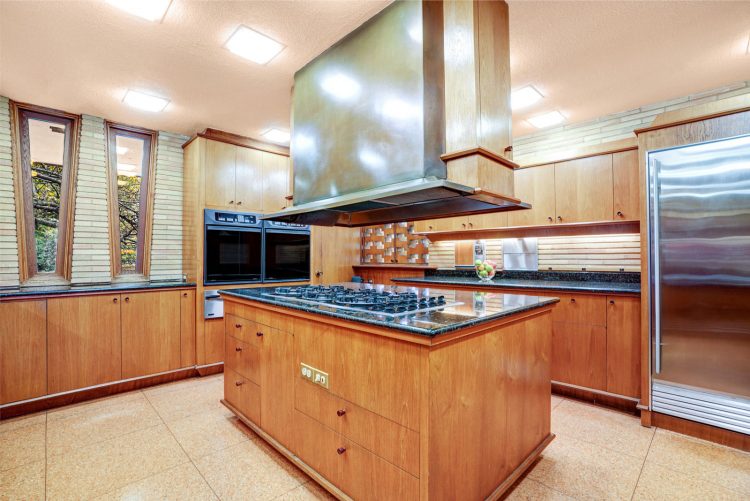 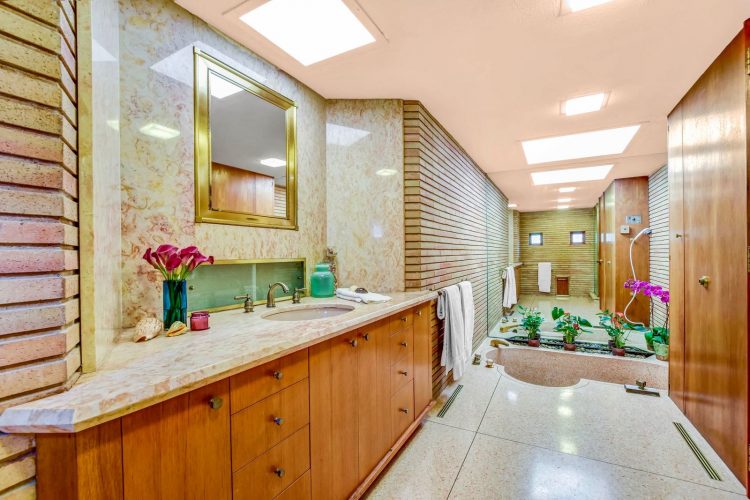 It’d be difficult to be bored in this home, as the lower level holds a rec room, a second kitchen, an exercise room and a wine bar. Outside, you’ll find a pristine heated pool surrounded by immaculate gardens and outdoor spaces. 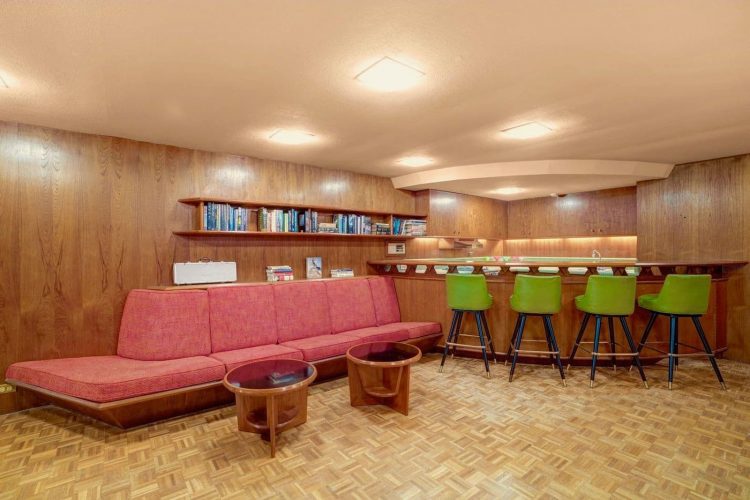 Some of the home’s interior was designed by Wright’s widow Olgivanna Lloyd Wright, and there’s even an option to purchase the home with its custom and original furnishings. Who else is ready to move in? 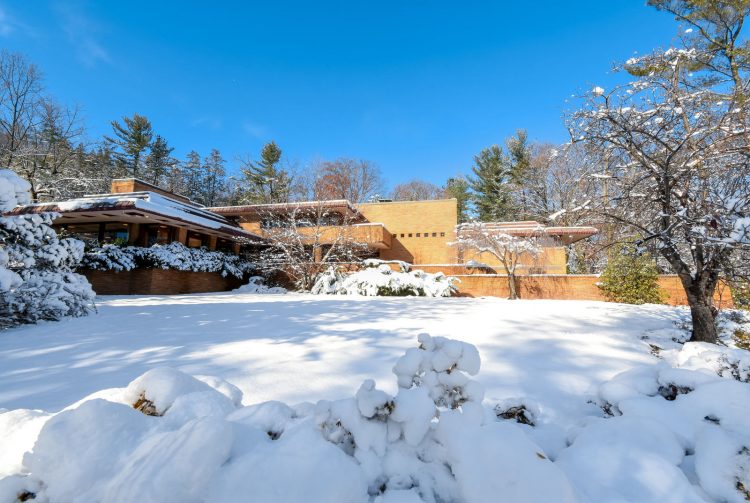