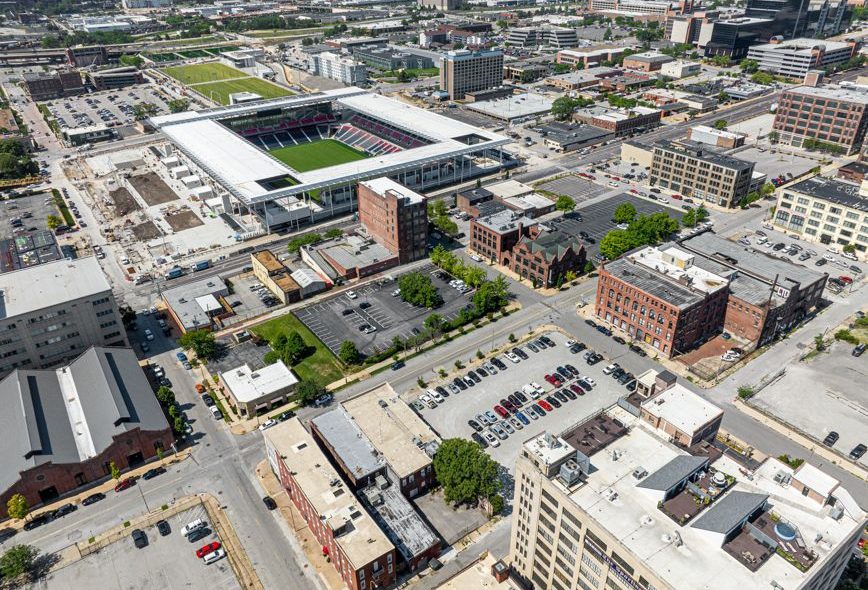 I read an interesting article in the December 9-15 issue of the St. Louis Business Journal that discussed new growth patterns in our downtown, specifically near the CITYPARK Stadium. Here’s what I found most interesting in the article “In Search of Residential Density” written by Gloria Lloyd:

“Memphis-based commercial real estate firm Development Services Group weighed whether to invest in downtown St. Louis by renovating the historic Butler Brothers building into apartments, the developer’s first look at the data behind that $140 million decision wasn’t very convincing. The high-level numbers, such as vacancy rates and growth projections, were of pretty modest interest for us,” said DSG Principal Gary Prosterman. “But the more we dug in, the more interesting St. Louis and this area became.”

“Smaller apartment projects are under construction or already open from developers like St. Louis based Screaming Eagle Development, which has so far invested $60 million in renovating three historic buildings into apartments. Screaming Eagle developer Matt Masiel said he’s tried to buy other buildings in Downtown West, but they’ve been snapped up by other developers.”

“To developers like Prosterman, other numbers tell a more attractive story. Downtown has seen growth over the past decade in employment sectors that are known to attract young employees who need apartments, especially in the biotechnology and geospatial industries, spurred by proximity to the Cortex Innovation District and the NGA. That has come, though, as the era lost 24% of its office workers overall from 2010 to 2019, according to the Greater St. Louis study. Prosterman and other Downtown West developers predict the neighborhood will have a separate identity from downtown. “The city center” is shifting toward the soccer stadium, and that’s where growth will happen,” Masiel said.”