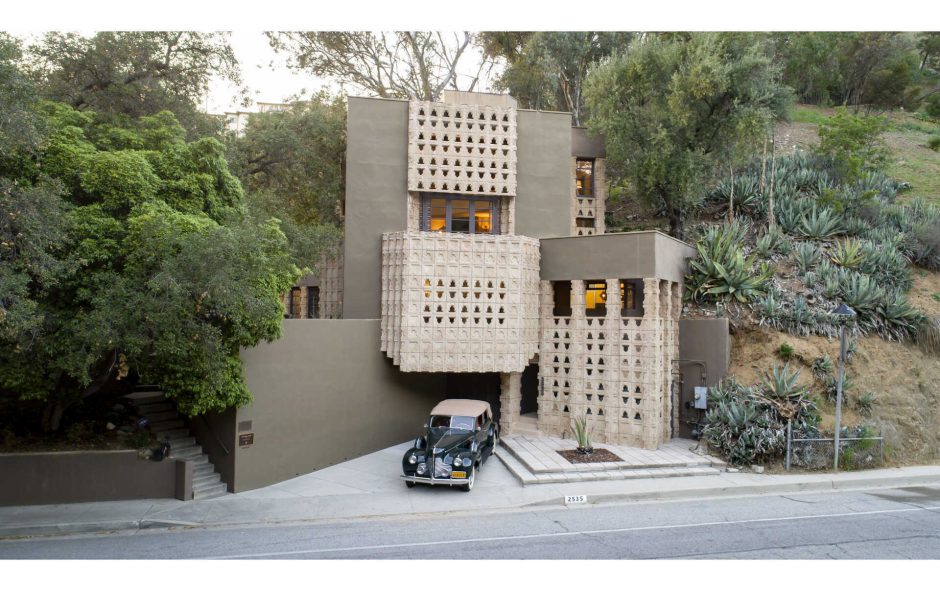 Southern California boasts some of the country’s finest examples of Mayan Revival-style architecture, and gems such as the Ennis House and Hollyhock House showcase intricate patterns, precast concrete blocks, and dramatic geometric designs that pay homage to the Mesoamerican form.

Most of these homes scattered across L.A. were designed by legendary architect Frank Lloyd Wright. But Wright’s son, Lloyd Wright, was a savant in the style as well. His Derby House, a Mayan Revival-style residence in Glendale, just surfaced for sale at $3.295 million.

Dressed in ornamental interlocking concrete blocks that have come to define the architectural style, the home was built in 1926 for businessman James Derby and named to the National Register of Historic Places half a century later. 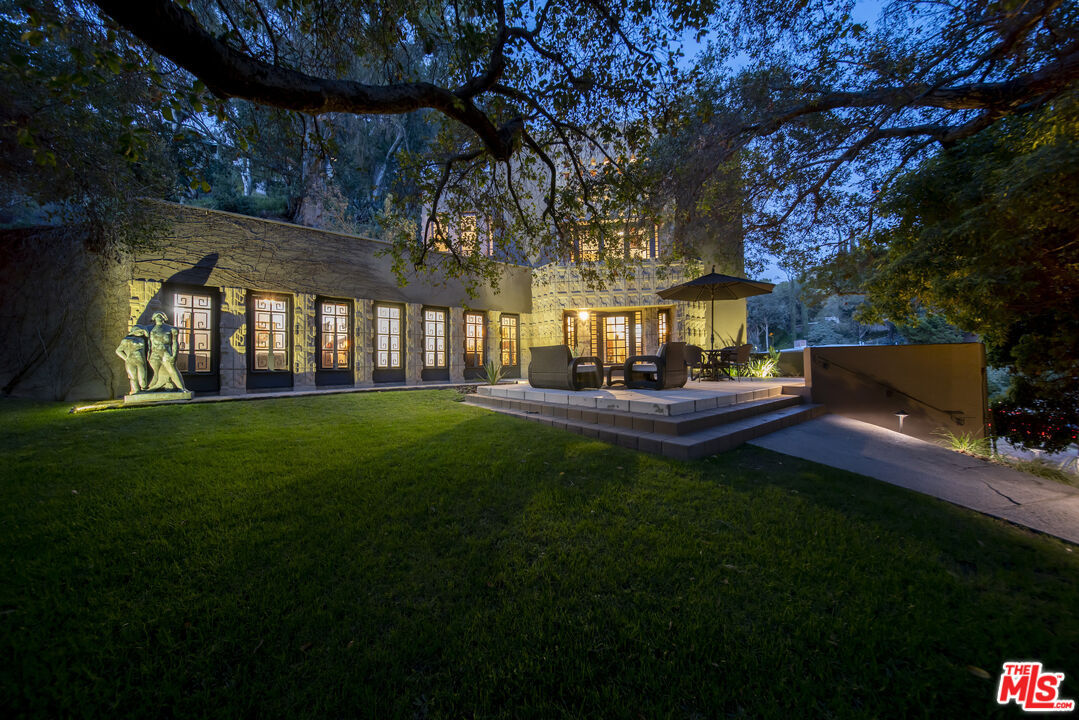 Over the years, the two-story residence has been preserved and upgraded. Today it holds five bedrooms, three bathrooms, and a handful of unique spaces across 3,300 square feet.

The common spaces are a vibrant mix of concrete, wood, and glass. The three materials mingle most in the living room — a double-height space with walls of windows and fireplace grates that resemble the yucca plants surrounding the home.

Long, narrow hallways cut through the floor plan, leading to lofts, nooks, and other cozy spaces. The bathrooms provide bursts of color in the form of pink and purple tile.

The main level leads to a backyard with statues and a patio, and the second story expands to a deck overlooking the surrounding hills. The $3.295-million price also includes the four adjacent lots for a total of 1.5 acres.

Although less famous than his father, Wright amassed an impressive body of work during his four-decade career with highlights such as the Wayfarers Chapel in Rancho Palos Verdes and the John Sowden House in Los Feliz.