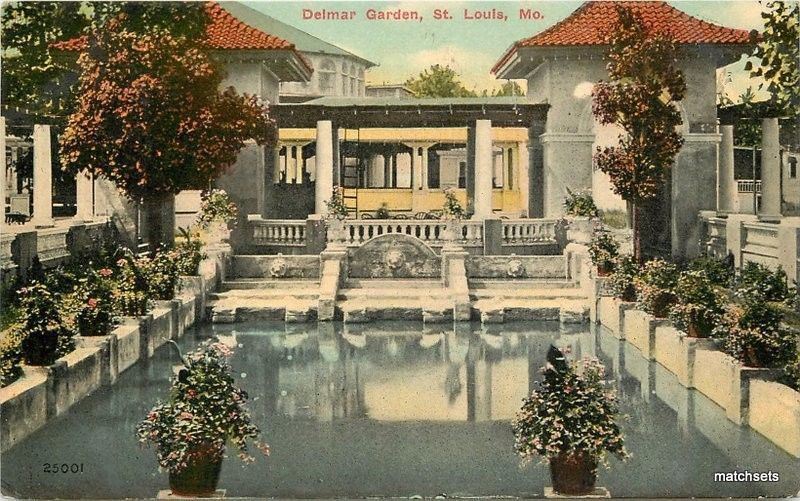 Delmar Garden
Many today don’t realize that the famous “Loop” neighborhood in University City was once the home of one of the St. Louis area’s earliest amusement parks. Delmar Garden was located on the north side of Delmar on land that is now just to the east of University City’s city hall building. In fact, the park stood exactly where the neighborhood got its nickname, the place where streetcars would “loop” around and head back toward downtown St. Louis. Also located next to a racetrack, Delmar Garden offered roller coasters, rides, theaters, and a variety of establishments where visitors could eat and drink. Delmar Garden was closed and dismantled beginning in the late 1910s, as land in the area became a valuable commodity for a growing city.

Dieckmeyer’s
Like toasted ravioli and gooey butter cake, the brain sandwich is a food that is unique to the culinary history of St. Louis. Deep fried, chewy, and filled with all those delicious calories, brain sandwiches were born in a time when each and every part of a butchered cow was utilized. And in the minds of many Dieckmeyer’s Bar & Restaurant was the best place to get them. At their location at 1201 South Broadway, Bud and Lorraine Dieckmeyer served St. Louis slabs of the “Best Brains in St. Louis” to their delight of St. Louisians for more than fifty years. 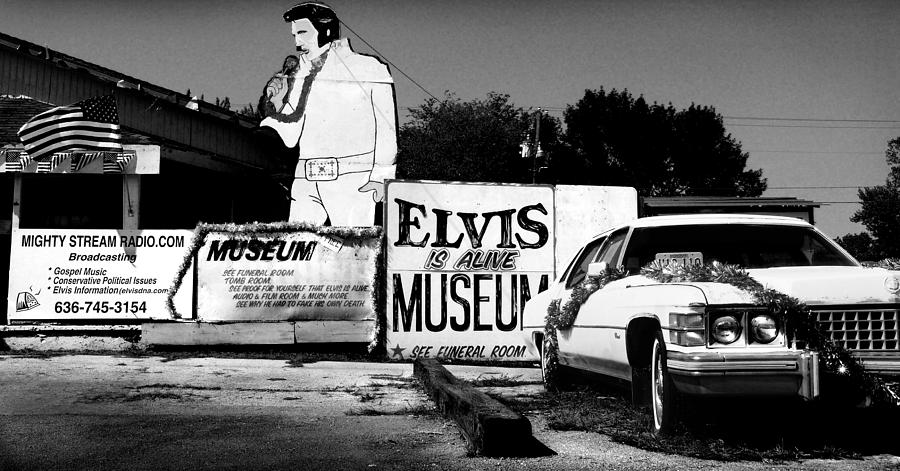 The Elvis is Alive Museum
Back in 1990, a self-described “western Kentucky hillbilly” named Bill Beeny opened one of the most unique attractions in the St. Louis area, if not the entire country. The Elvis is Alive Museum was a shrine to a belief Beeny and countless others adhere to: the King lives. It was a remarkable place, filled with replicas of Presley’s casket, a replica of his Cadillac, and hundreds of newspaper clippings, artifacts, and audio recordings to help support the claim. With a sixteen-foot Elvis welcoming passerby on Highway 70 in Wright City, the Elvis is Alive Museum was hard to miss. Perhaps Elvis is alive today, but Beeny’s museum closed in 2007. 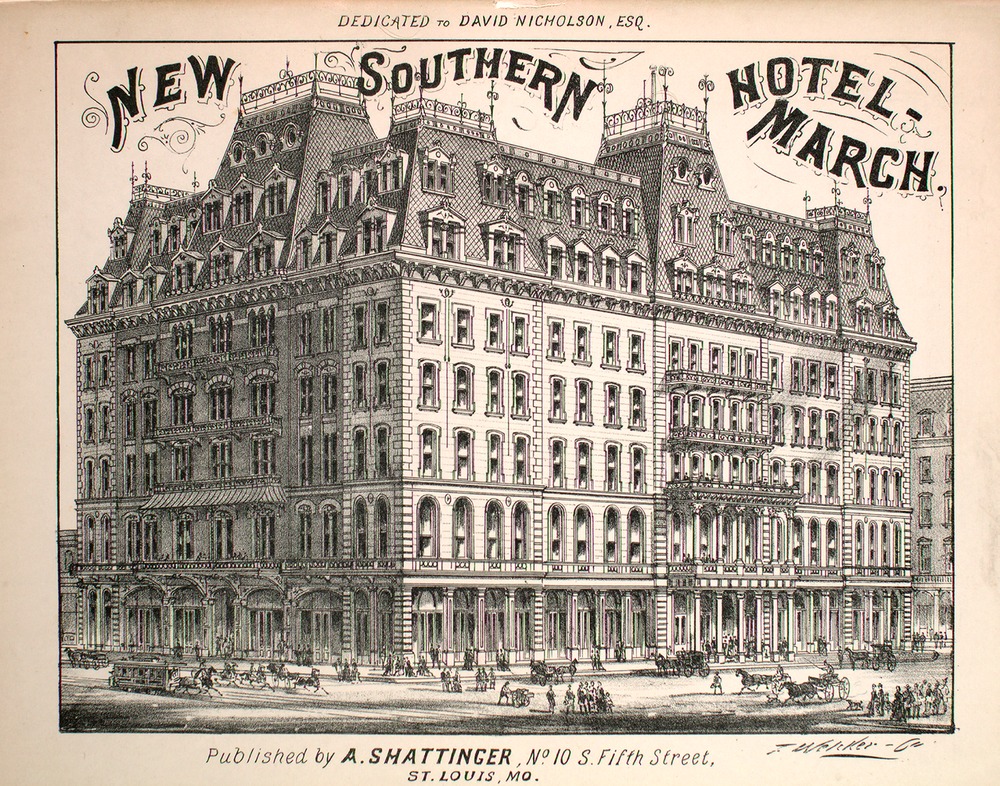 Southern Hotel
The Southern Hotel was located next door to another lost St. Louis icon, Tony Faust’s Oyster House, and it was a premier luxury hotel in nineteenth-century St. Louis. Located on Walnut Street between Fourth and Fifth Streets, the Southern Hotel was the scene of a deadly fire in 1877. Perhaps as many as twenty-one people died in the fire that destroyed the hotel, but it would have been much higher if not for a firefighter named Phelim O’Toole. By climbing into hotel windows and lowering people to the ground, at least a dozen lives were saved. 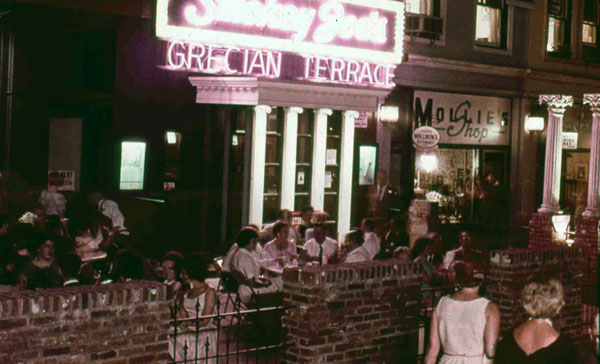 Smokey Joe’s Grecian Terrace Restaurant
The first restaurant to open in the bygone Gaslight Square entertainment district, Smokey Joe’s Grecian Terrace was known for its fine Greek food, wine list, and elegant dining experience. As Gaslight Square jumped with energy during the 1960s, Smokey Joe’s welcomed patrons with five ornate Grecian columns that stood outside the restaurant’s entrance. In fact, those columns are all that’s left of the once-famous neighborhood. The columns remain standing today as part of a memorial to Gaslight Square at the corner of Olive and Boyle Streets in the Central West End.