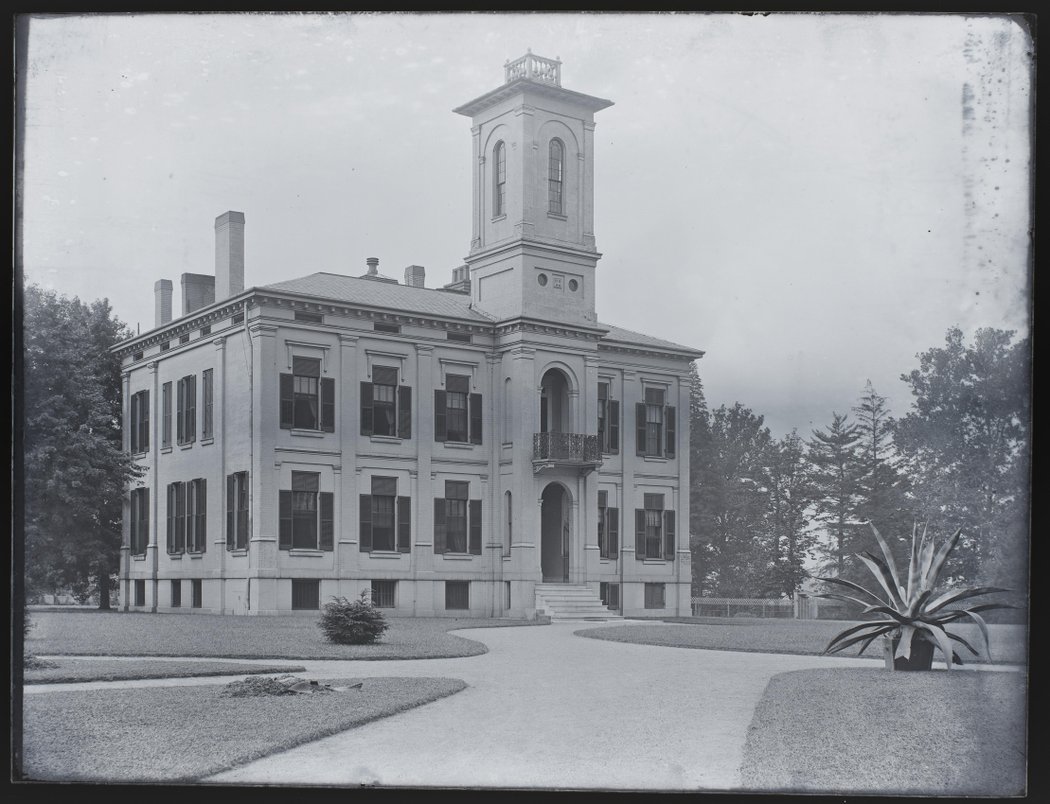 George Ingham Barnett brought professional, humanities-based architecture to the Gateway City. His legacy in St. Louis is far more important than just his famous buildings that still stand around the city.

First, before discussing Barnett’s life and work, it’s necessary to look at the very concept of the architect as he would have seen himself, differentiated from the craftsman who built buildings from pattern books. Ancient Roman authors such as Suetonius mention professional architects such as Severus and Celer, or Apollodorus of Damascus, but by the Middle Ages, the great Gothic cathedrals of Europe don’t have architects listed as their designers, but rather, master masons. For example, in the case with Cologne Cathedral, a Master Gerhard is listed as the original designer of the church and nothing more. We can assume he was a mason.

By the Renaissance, we see the reappearance of “paper architects,” painters and sculptors who also worked in architecture. Filippo Brunelleschi and Michelangelo are two excellent examples of the new role of architecture as a separate field in which a building’s designer rarely touched wet mortar. As the early modern era wore on, a new concept developed: that of an architect focusing solely on buildings. One example is Andrea Palladio, whose style would influence many American architects. Now masons took their orders directly from the architects—at least theoretically!

Enter Barnett, an English-American architect who was born in Nottingham in 1815 and trained under Thomas Chambers Hine. England, like much of northern Europe, was at the height of the Grand Tour’s popularity, and gentlemen completed their education by traveling south over the Alps and viewing the great monuments of ancient Rome and Renaissance Italy. It’s hardly surprising that a whole style of Neoclassical architecture, Palladianism, would be inspired by countless architects visiting the sixteenth-century Venetian’s villas in the Veneto at Barbaro and Capra. Barnett would have absorbed all of the lessons of Italy, even if only vicariously, and when he arrived in St. Louis after a short stint in New York around 1839–40, the influence of the Grand Tour on his countrymen would be expressed on the streets of his new home.

Perhaps the most notable and easily recognizable works by Barnett were Italianate villas for Henry Shaw and his new botanical garden and park, situated in what was then the countryside outside of the city proper. The 1849 Tower Grove House is a classic example of Barnett’s embrace of the country villa, thousands of which still dot the Italian countryside. Here, unfortunately, most have been lost to urban expansion. Featuring colossal order Tuscan pilasters framing round Roman arches and half-moon or pedimented lintel windows, Barnett’s designs at Tower Grove and elsewhere evoke a picturesque, romantic image of the ideal countryside lifestyle. And of course, his villas feature towers or cupolas, which usually functioned as giant ventilators, opening in the summer to draw hot air out of the house and take advantage of the cool breezes of the Petit Prairie.

St. Vincent de Paul Roman Catholic Church, built in 1844, just barely survived being demolished for the interstates that head south from downtown. The church shows how neatly Barnett could adapt his classicism to ecclesiastical needs. The new American republic was still suspicious of the Romanesque and Gothic styles, seeing them as relics of Old Europe’s authoritarian past, and St. Vincent de Paul’s predecessors in the Old Cathedral and St. Mary of Victories’s designs had demonstrated a striking Neoclassical style. For the new church’s form, Barnett struck an interesting compromise. The front façade shows clear classical influences, with Tuscan pilasters and pediment creating the appearance of a Roman temple that would have made Italian Renaissance architect Leon Battista Alberti proud. But for the side elevations, Barnett slips in an arcade of arched windows, providing ample lighting for the sanctuary.

His Grand or White Water Tower from 1871, built to regulate the water pressure from the steam engines at the city’s Bissell Point water works, shows the architect’s imaginative solution to public infrastructure. Without citing any documentation, St. Louisans usually proudly pronounce the limestone, brick, and cast-iron tower to be the largest Corinthian column in the world. The architect’s solution to hide a giant standpipe that was constantly wracked by the vagaries of water pressure? Imagine that there was once an ancient Roman city that sat high up in College Hill, and the only remnant of that classical civilization is this lone column. Barnett fuses a practical solution with a wonderfully romantic, picturesque architectural conceit, perhaps inspired by the last monument built in the Roman Forum, the Column of Phocas, placed by the Byzantine emperor of the same name in 608 AD.

George Barnett’s legacy would continue not just in his classical ethos, but in his very bloodline. His sons Tom and George and his son-in-law John Haynes would form the firm of Barnett, Haynes, and Barnett, and would continue to dominate the St. Louis architecture scene for yet another generation. The New Cathedral, many of the St. Louis World’s Fair buildings, and numerous mansions in the Central West End have a Barnett pedigree. Only the dawning of Modernism, and its own rich history in the city, would end the dominance of his legacy of classicism in St. Louis.