Saigh’s restaurant at 7823 Forsyth in Clayton – the Lettuce Leaf  – served salads as entrées. It was a novel concept at the time and was met with skepticism by the established restaurant community – and the 17 banks that turned down Saigh’s loan request.

“The banks chuckled. Other restaurant owners chuckled. They were counting the days until we would close our doors,” Saigh remembered.

Not only did Saigh not close his doors, but he opened a second Lettuce Leaf restaurant the following year at 107 North Sixth Street in downtown St. Louis. Another was opened in Kansas City in 1978, a fourth in 1980 at Westport Plaza and a fifth in 1984 at Crestwood Plaza. 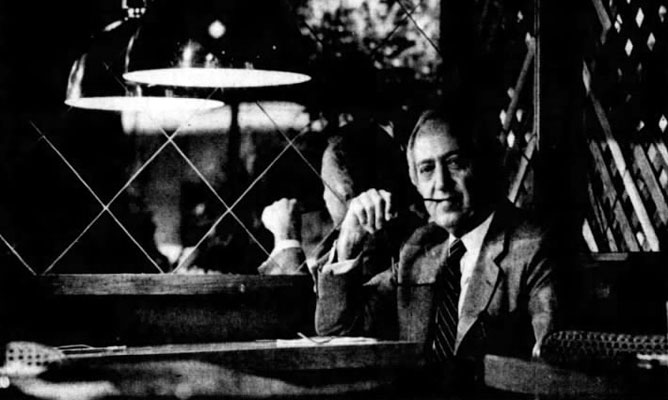 The Saighs had always enjoyed salads for dinner at home. The idea for the Lettuce Leaf was born over a dinner with friends when Saigh wished aloud that he could eat that way at restaurants. A friend suggested the name, and the Saighs pursued it.

“My wife Christine and I started eating less animal fats in our diet,” he recalled. “So we found it lots of fun to create salads. We also had a great garden that year to experiment with – lots of broccoli, zucchini, cauliflower and eggplant. So we just threw things in bowls and had lots of fun. And when we served our concoctions to our guests, they loved it. The opportunities for making salads are endless.” 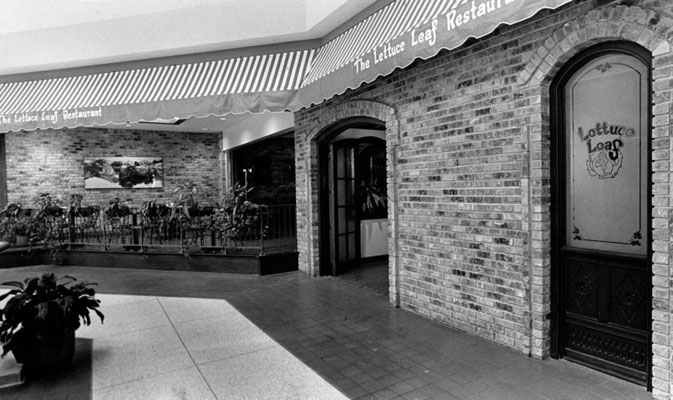 The Lettuce Leaf restaurants were carefully planned, from the ambience and menu to the targeted clientele, whom Saigh described as the “intellectually affluent.” He reasoned he had two potential markets. “We’re drawing from graduates of fast food restaurants, the people saturated with grease and potatoes, and also from the other end of the spectrum.” The other end, he said, were the people tired of paying expense-account prices for gourmet food.

The restaurants had elegant atmospheres, with classical music playing in the background, which served to reinforce the customer’s feeling they were eating at a nice restaurant, despite the moderate prices. According to Saigh, the decor was “supposed to give you a feeling of light, airy space. We have torn down many walls to let in light in many of our restaurants.”

As a marketing professor, Saigh was pleased with the success of his restaurants, as they were awash in successful marketing concepts. To speed service, salads were displayed in a glass case near the restaurant’s entrance. Arriving diners were handed menus with entrées numbered to match those in the case. This way customers could order as soon as they sat down, service was speeded up and the customer turnover was more frequent.

The average customer at a Lettuce Leaf restaurant received their order within seven to eight minutes after being seated. Seventy-five percent of customers were female.

The Lettuce Leaf’s display cases also simplified and reduced the cost of menu printing. Since customers usually knew what they wanted by the time they sat down at their table, descriptions weren’t necessary. And customers were encouraged to take the low-cost menus with them, a practice which boosted carryout orders. The same menu was used at all Lettuce Leaf locations.

Early on, Saigh and his wife expanded the menu to include quiche, sandwiches and soup, in addition to salads. “We had to have something for everybody – especially the person who didn’t like salad,” explained Saigh. “A table of four would come in and one person would say, ‘I don’t want a salad,’ and the whole group would walk out.” 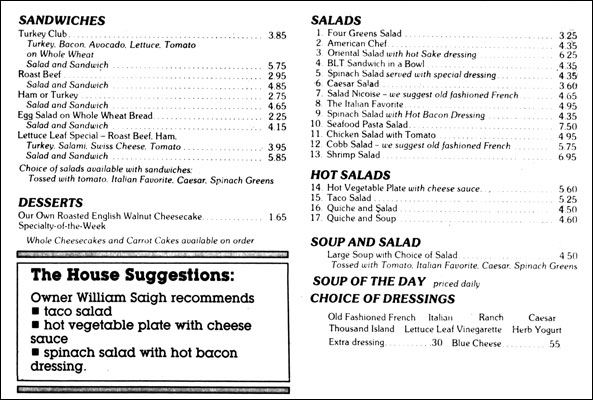 One of William Saigh’s favorite foods was the taco salad, which he claimed he invented. “One night we were making tacos at home and I realized that you could just toss the lettuce and add the ingredients and serve the shell as taco chips.”

Christine Saigh developed all of the restaurant’s desserts. She refused requests from Gourmet Magazine to divulge her recipe for her Roasted English Walnut Cheesecake.

Open Houses this Weekend | July 25, 2021 | Dielmann Sotheby’s International Realty
July 23, 2021
There's so much going on Downtown this weekend! Happy Halloween! ?:@fatalisticshooter – from stlouis.style on Instagram
October 29, 2016
“Call Me By Your Name Villa” Now For Sale
February 16, 2018