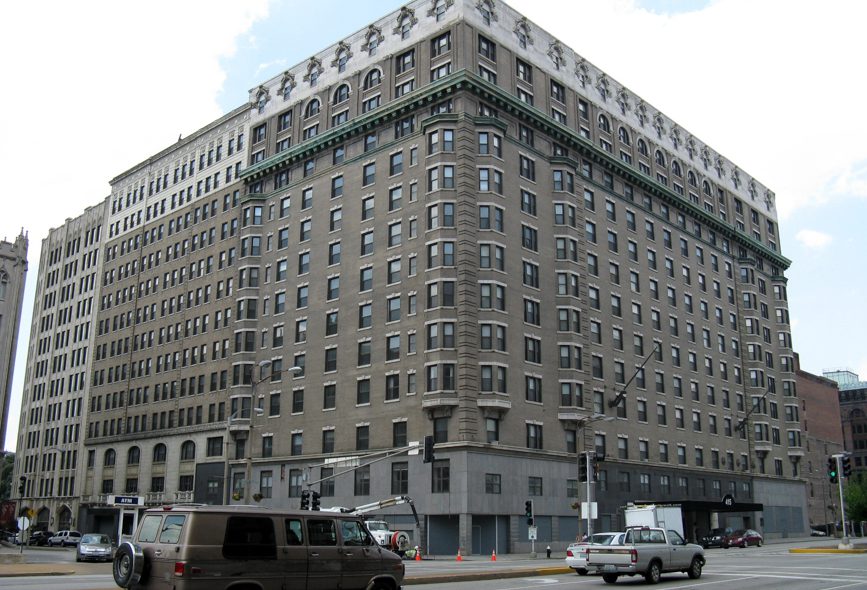 Jefferson Hotel
The Jefferson Hotel was the grandest of the hotels built to accommodate visitors to the 1904 World’s Fair. Originally 350 rooms and later expanded to 700, the Jefferson Hotel featured an enormous ballroom known as the Gold Room. With a capacity of twelve hundred, the Gold Room was the scene of banquets, fetes, and extravagant Veiled Prophet balls. After stints as a Hilton hotel, a Sheraton hotel, and a senior living center, the Jefferson now Stans empty on Tucker Boulevard. In March 2016 it was announced that the Jefferson will be renovated and reopened as a boutique hotel.

Parente’s Italian Village
When Parente’s opened in 1947 at Sarah Street and West Pine Boulevard, not many in St. Louis had heard of a “pizza pie.” Pizza was considered a delicacy, but Parente’s would soon make it famous in St. Louis. The first to use provel on pizza, Parente’s can also lay claim to inventing the St. Louis style that’s favored by many in this town. Eventually, Parente’s evolved in Parente’s Italian Village and moved to a new location on Chippewa. After a fire in the 1970s, Parente’s took their hospitality and great Italian food to a new location on Manchester Road. Today, Hacienda occupies the former Parente’s restaurant. 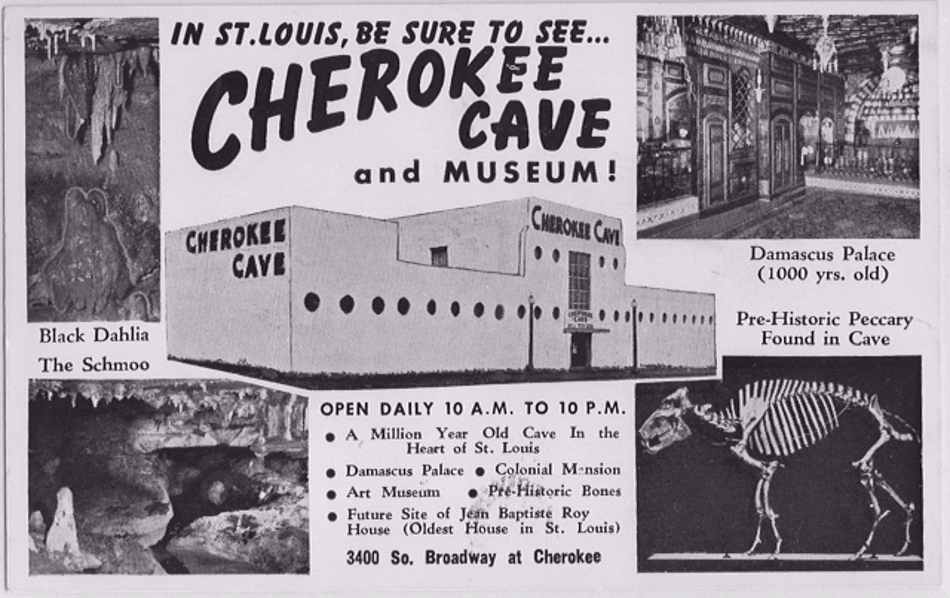 Cherokee Cave and Museum
The vast network of caves beneath the city is a major reason St. Louis is a beer town. But in 1950, one man decided to put them to a different use. That’s when Lee Hess built the Cherokee Cave and Museum above the entrances to the Lempiras and Minnehaha Caves near the intersection of Broadway and Cherokee. He offered access to a “a million-year-old cave in the heart of St. Louis,” and visitors rambled along on tours of natural rock formations in caverns with names like the Spaghetti Room, the Lost River, and Petrified Falls. Prehistoric fossils found in the cave highlighted the way, including a peccary, a prehistoric pig discovered during the museum’s construction. The Cherokee Cave and Museum rained open until 1960. The following year, the cave entrances were permanently sealed to enable the construction of Interstate 55. 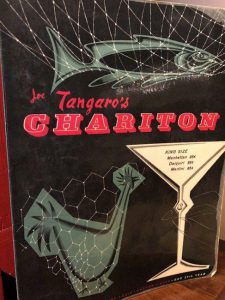 Joe Tangaro’s Chariton
Despite being closed for years, people are still craving the chariot’s tartar sauce. The restaurant was known for years as simply the “the Chariton,” but in South City many prefer to remember the restaurant’s time during the twenty years it was owned by Joe Tangaro, a former professional wrestler. Fond memories of great food and cocktails at the chariot are all that remain today, but a bit of the old restaurant is still being put to good use. The bar from Tangaro’s Chariton was rescued from the building’s demolition and installed in Eleven Eleven, a restaurant in Lafayette Square.

Boyd’s
Remembered today for its fine clothes and selection, Boyd’s began as a men’s specialty store in 1876 before evolving into a full-fledged department store in 1921. In a time before casual Fridays and blue jeans in the office, Boyd’s was the place to buy a custom-tailored suit and a pair of the popular orange Threadneedle Street shoes. Boyd’s was the first of the downtown department stores to expand into the county, and today it’s remembered by many as being one of the finest clothing stores in St. Louis. 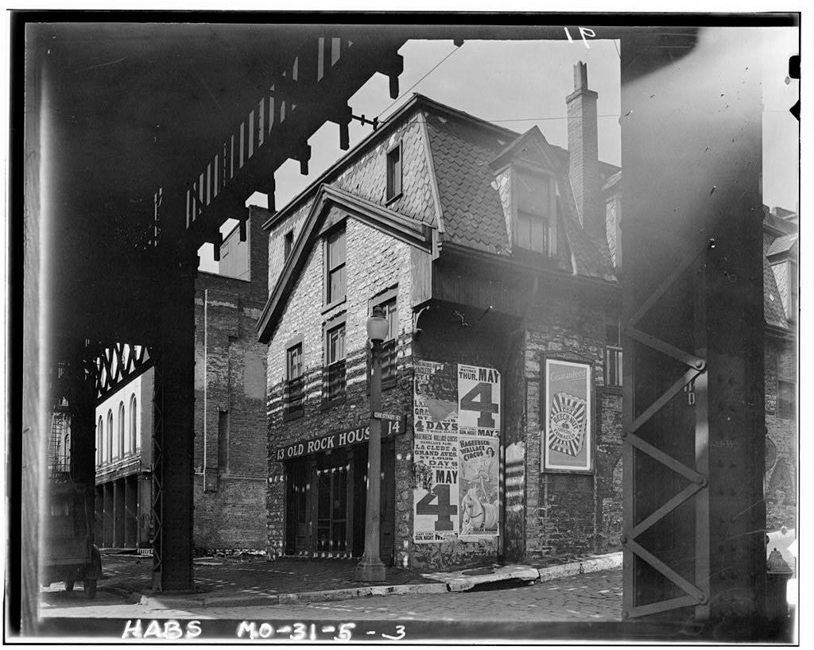 Old Rock house
Originally a simple warehouse when it was built in 1818, the Old Rock House existed in many forms before finally becoming a tavern in 1880. It was a lively music venue in its day, attracting famous customers such as Mark Twain, Eugene Field, and W.C. Handy. Despite cries for preservation, the Old Rock House was dismantled as part of the Jefferson National Expansion Memorial and Gateway Arch Project in 1959. The intention was to save the structure by rebuilding it in another part of the city, but the project fell through. Many of the structure’s original stone blocks now sit in the basement of the Missouri History Museum. 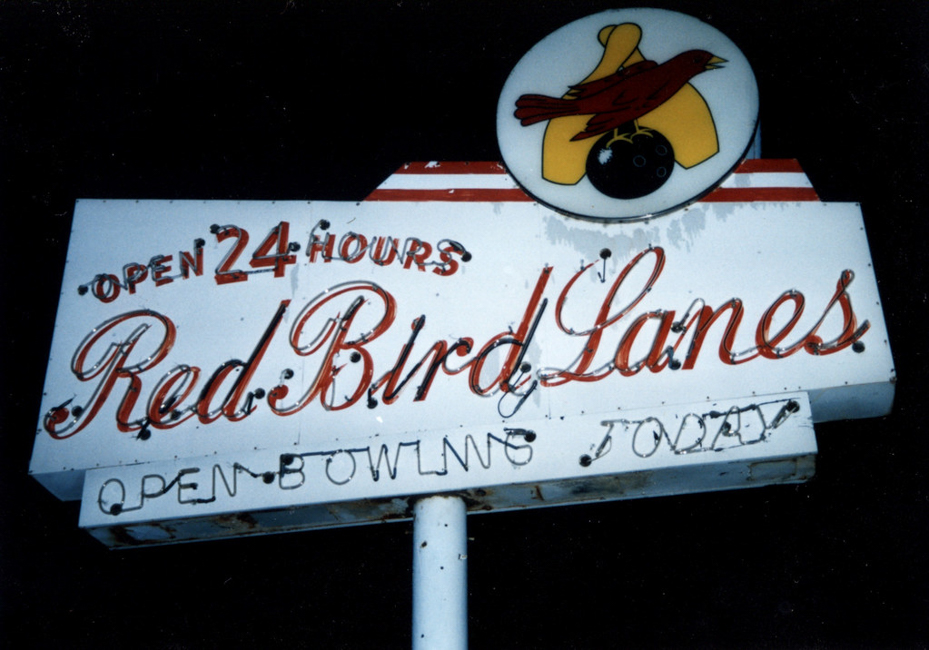 Red Bird Lanes
A thirty-two-lane bowling alley that opened in 1958, Red Bird Lanes was a joint venture of five men including Stan Musial and Joe Garagiola. Located at 7339 Gravois, Red Bird Lanes was open twenty-four hours a day and featured a full steak house, seafood restaurant, and banquet hall. Many even remember Red Bird’s French fries to be the best in town. The final pin fell for Red Bird Lanes on May 7, 1996. The site is now occupied by a Walgreens. 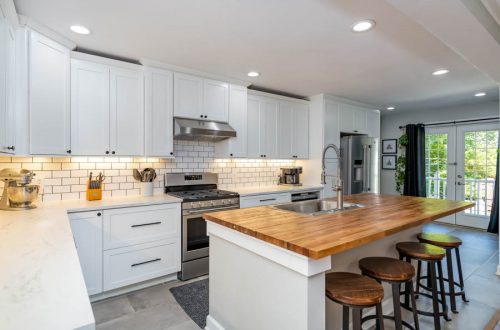