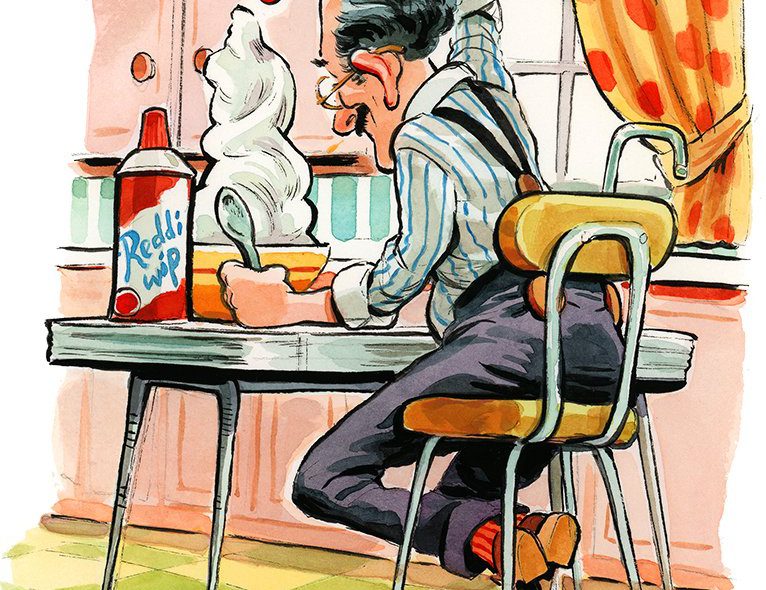 You’ve used it. We know you have. Chilling the bowl and beaters and dashing just enough powdered sugar into that heavy cream and whirring it into stiff peaks of deliciousness is too daunting when your company’s in the next room waiting for pie. Far easier to sneak that red-and-white can from the fridge and squirt a dollop of Reddi-wip, which was invented by a St. Louis Bunny.

Aaron “Bunny” Lapin (lapin being French for “rabbit”) started by selling Sta-Whip, a World War II substitute for whipped cream that relied on vegetable fat. For bakers, he provided the Fount-Wip, a refillable aerating gun. After wartime’s deprivations, he transformed that improvisation by injecting real whipped cream into a newfangled seamless lined spray can.

“Gentlemen,” he announced to skeptical manufacturers, “this is the beginning of pressure-propelled packaging.”

In 1948, St. Louis milkmen began delivering his Reddi-wip to eager housewives, and distribution soon spread across North America. The stuff was iconic, a readymade symbol of the postwar appetite for ease and domestic gadgetry. By 1951, annual sales had topped $7 million. A St. Louis Post-Dispatch feature that year described Lapin, just 37 years old, “bellowing orders from a deep, leather-covered swivel chair in his offices at 3938 Lindell Boulevard, ‘Bunny,’ his nickname, stitched in red letters on his expensive white-on-white shirtings.”

Promotions began in the next decade, with ads in national magazines offering a tiny plastic Doll of the World in exchange for Reddi-wip pull tabs and a few bucks. The stuff’s fame crossed oceans. A German article is hysterical when filtered through Google Translate: Reddi-wip is described as “a culinary heavy-crime” and “a true party for windbags” yet defended, because after all, who says whipped cream must “always be beaten newly” rather than pressed “as gekringelte sausage from the can”? The article praises Lapin’s “cream-mixture of the laughing gas”—indeed, a guy was arrested in 1986 for huffing nitrous oxide from five cans of Reddi-wip and refusing to pay for them.

One of Lapin’s later projects, a cinnamon-flavored margarine called Touch ’N Spred, was less addictive, and we’re especially glad he never fulfilled his dream of foaming up ketchup and mustard. No need. In 1998, on the strength of Reddi-wip alone, he made Time’s list of Business Geniuses of the Century.

Not bad for a guy who left the Washington University School of Law to sell clothing. Bunny Lapin wound up with homes in New York, Miami, and Los Angeles, where he died—of heart failure—in 1999.

His obit picture? The iconic red-and-white can.

Houska Gallery in the CWE Reopens! Gala Opening next Friday!
January 16, 2013
Mid-century (MCM) Creve Coeur Make-over Before and After
February 18, 2012 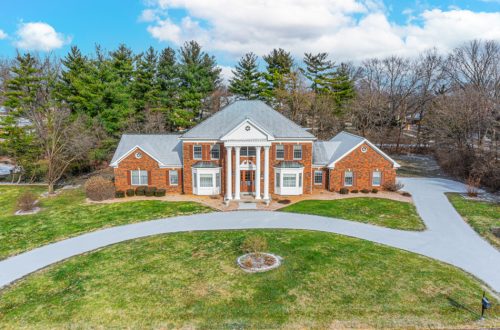