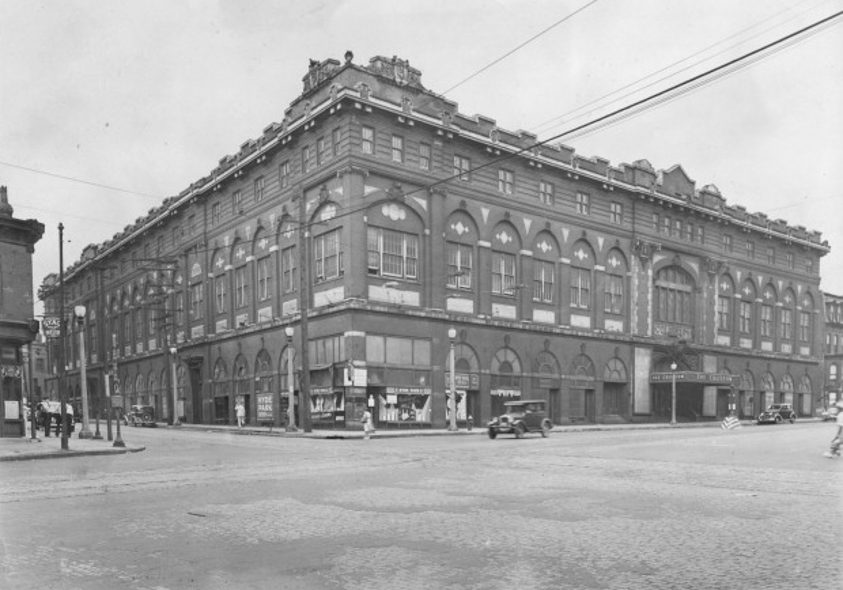 St. Louis Coliseum
When it was built at the southwest Corner of Washington and Jefferson in 1908, the St. Louis Coliseum was the largest indoor arena in the world. With its fifty-thousand-square-foot oval arena and seating for ten thousand, the coliseum featured events including horse shows, tennis matches, Veiled Prophet balls, and the 1916 Democratic National Convention. In 1925 a six-hundred-thousand-gallon swimming pool was installed in which Johnny Weissmuller competed. Remarkably, the Coliseum’s time as the city’s premier arena lasted less than thirty years. After falling into a state of disrepair, it was demolished in 1953. 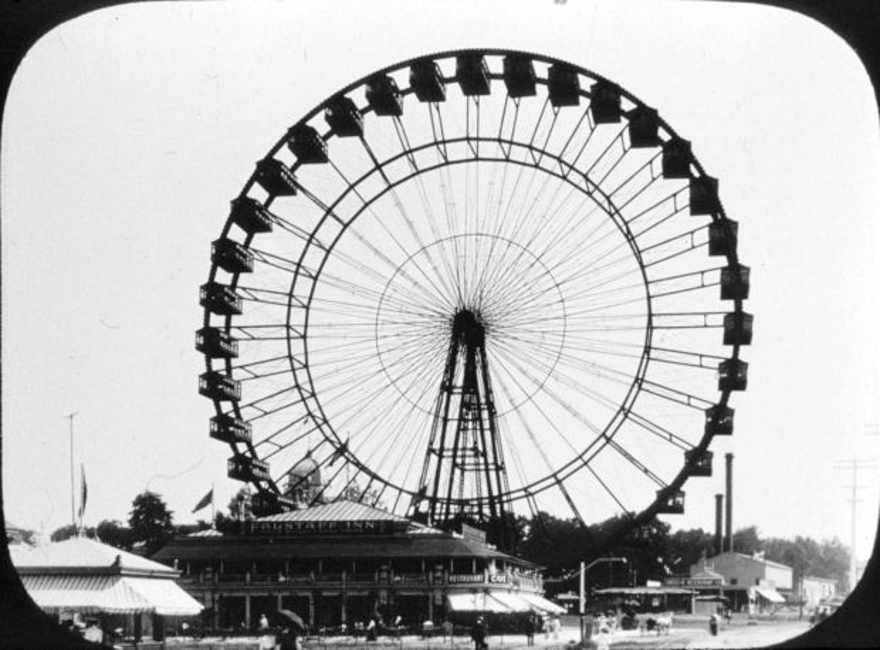 The Ferris wheel at the 1904 World’s Fair
Standing 264 feet tall, the original Ferris wheel at the 1904 World’s Fair was the first of its kind. It held thirty-six wooden cars, with each able to hold up to sixty people, giving the wheel a total capacity of 2,160. Designed and constructed by George Washington Ferris Jr., the wheel made its debut at the 1893 World’s Columbian Exposition in Chicago before moving to St. Louis and becoming a featured attraction at the Louisiana Purchase Exposition (the St. Louis World’s Fair) in 1904. The Ferris wheel was dismantled for good after the fair, and many believe the wheel’s forty-five-foot-long, seventy-ton axle is now buried somewhere in Forest Park. Efforts to prove this theory have so far been unsuccessful. 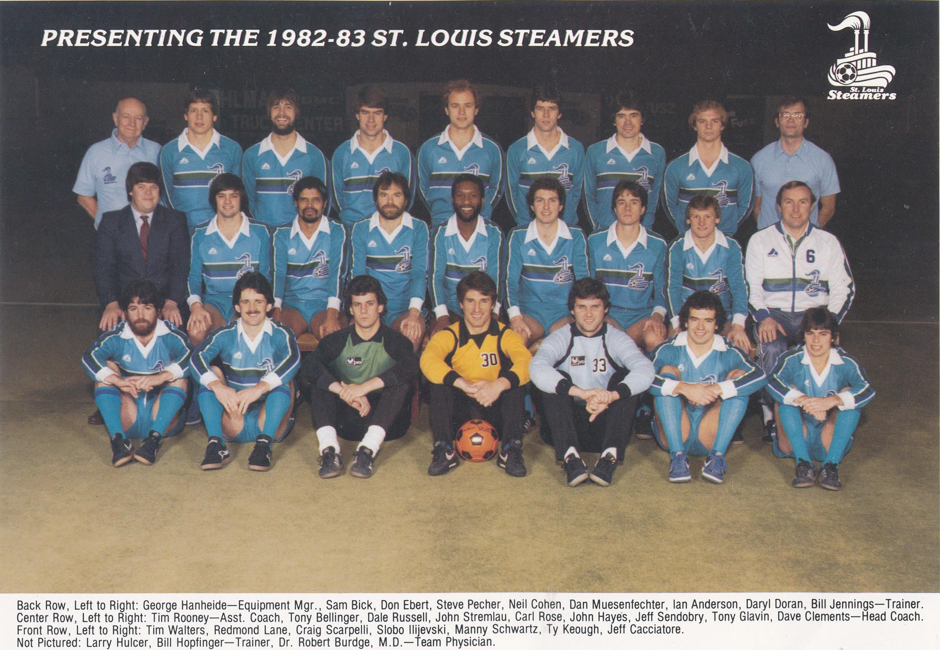 St. Louis Steamers
Everyone knows that St. Louis is a soccer town. The evidence is everywhere, from the city’s representation in the 1950 World Cup, to the NCAA championship banners at St. Louis University, to sellout crowds for international friendlies played at Busch Stadium and the Edward Jones Dome. But the Steamers, a Major Indoor Soccer League franchise that called the St. Louis Arena home from 1979 to 1988, may provide the best argument yet. In the early 1980s, the Steamers averaged more than twelve thousand fans a game, even outdrawing the NHL’s St. Louis Blues that shared the same arena.

Kerry Patch Neighborhood
Ask a St. Louisans today which area in the city holds the city’s Irish heritage, and you’ll likely hear “Dogtown” as the answer. But in the nineteenth century and early twentieth century, when Irish immigrants began to settle in St. Louis, the correct answer would have been Kerry Patch. Boundaries fluctuated, but in the mid-nineteenth century and early twentieth century, the Irish and their proud culture could be found around Fifteenth Street between Cass Avenue and O’Fallon Street in North St. Louis. Anchored by neighborhood Catholic Churches such as St. Patrick’s, St. Lawrence O’Toole, and St. Bridget of Erin, Kerry Patch was congested, impoverished and often violent. But the neighborhood was also Irish through and through. And it was home to a tight-knit community filled with pubs, breweries, shops, butchers, and bakeries built by people that had a tremendous impact on the history of St. Louis. 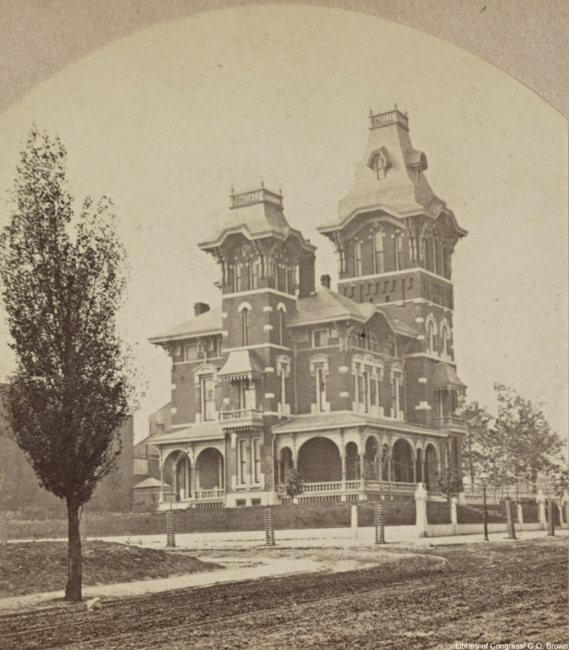 Cracker Castle
The Cracker Castle was an eighteen-room mansion that once stood at the corner of Chouteau and St.Ange Lane in St. Louis. Built in 1868 by Jonathan Pierce at a cost of $115,000, the house was financed by (and named for) its owner’s success in manufacturing and selling hardtack to the Union army during the Civil War. Even in a neighborhood that at the time was populated with grand mansions, the eclectic Cracker Castle was a destination for people looking for something unique to see. But the Cracker Castle stood for barely thirty years. Heavily damaged by the 1896 cyclone, the house was demolished soon after. 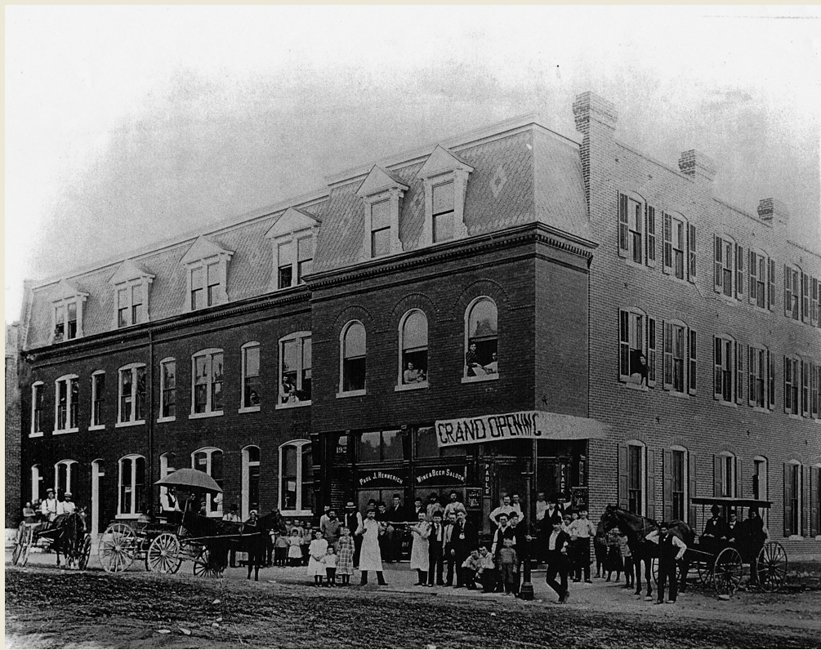 Cherokee Shopping District
Cherokee Street in South St. Louis is known today as a St. Louis neighborhood on the upswing. It’s filled with shops and authentic Mexican restaurants, and it’s the best place to go antiquing in St. Louis. It harkens back to its heyday when Cherokee Street was the premier shopping destination in South St. Louis. People who remember it tell stories that Cherokee Street was always busy, with people window shopping and filing into stores such as J.C. Penney, Fairchild’s, Woolworth’s, and Globe Drugs. Along with dozens of speciality stores, shoppers enjoyed doughnuts at the Favorite Bakery, a beer or two at 905, or a burger at the Empire Sandwich Shop.