Stan Musial & Biggies
In 1949 Cardinal great Stan Musial bought into Biggie Garagnani’s restaurant on Chippewa Avenue. Known as Stan Musial & Biggie’s from then on, the restaurant was known for its steaks, prime rib, and warm atmosphere. Musial wasn’t an absent owner. “Stan the Man” dropped in often to meet with fans, sign autographs, and offer free meals to anyone who could prove they hailed from his hometown of Donora, Pennsylvania. The restaurant was such a hit among St. Louisiana that the partners opened a second location on Oakland Avenue across from Forest Park. 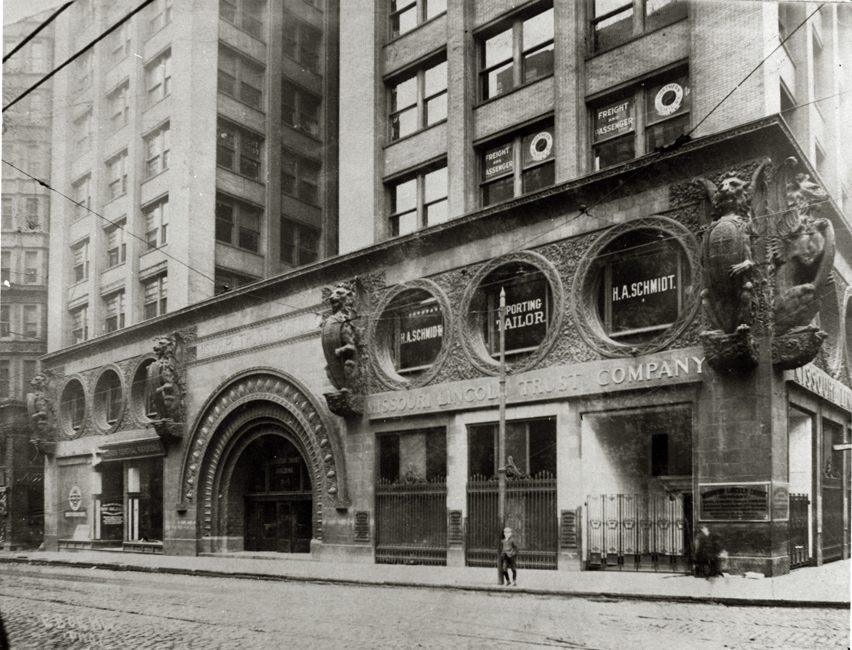 Lincoln Trust Building
Designed by Eames and Young and built in 1898, the Lincoln Trust Building once stood proudly at the southwest corner of Chestnut and Seventh in downtown St. Louis. The twelve-an-a-half-story, H-shaped building was originally a key building in a district of real estate offices, before it was renamed the Title Guaranty Building in 1909. It was once home to the Wabash Railraod and the office of the architecture firm that built it. Famous for the row of terra-cotta angles that lined the top floor below the cornice, the Lincoln Trust also featured a lobby with marble walls and a stained glass roof. Despite preservation efforts, the building was demolished in 1983. 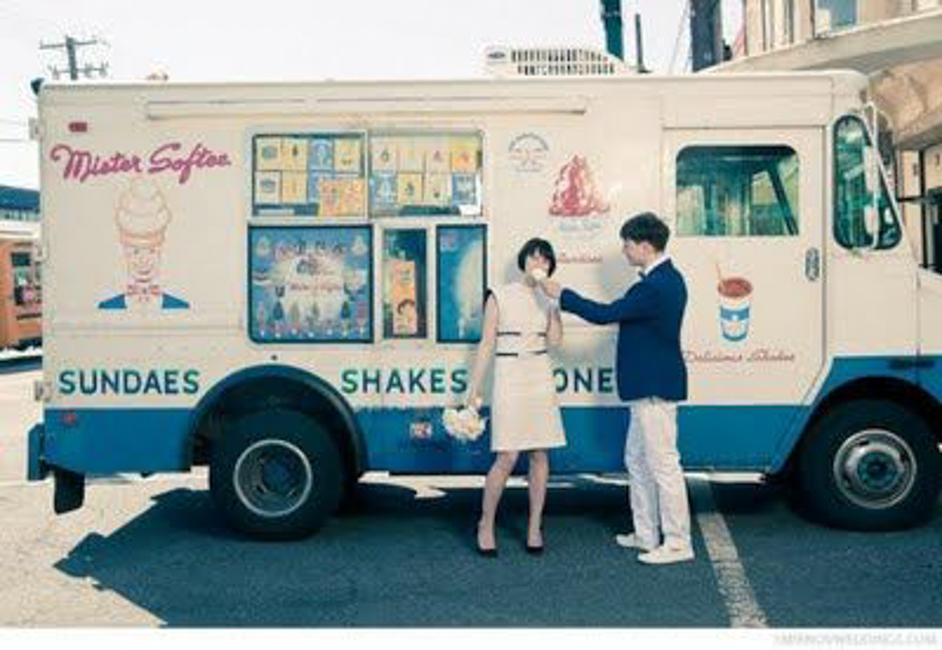 Mister Softee
Many probably couldn’t name it, but everyone has heard it! The Mister Softee jingle is actually a tune named “Jingle and Chimes.” Written in 1960 by Lester Was, the familiar tune would alert neighborhood children that ice cream was nearby. Instantly, kids rushed inside to get money from mom and back outside to anxiously wait for the ever-so-slow Mister Softee trunk to arrive. For more than twenty years, Mister Softee navigated the streets of St. Louis delighting children. Although Mister Softee still has a fleet of more than six hundred trucks today, it’s been years since one has been seen in St. Louis. 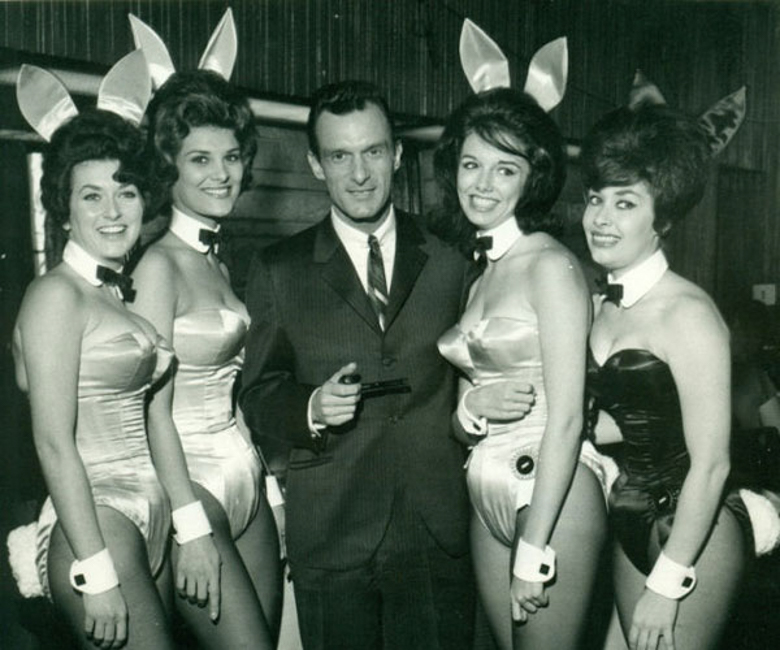 Playboy Club
In 1962 Hugh Hefner brought the world of PLayboy to St. Louis, opening the fourth of his iconic clubs and the first one to be built from the ground up. Located at 3914 Lindell Boulevard, the Playboy Club was a destination for many to drink swanky cocktails in mirror-lined rooms and listen to entertainment from the likes of Dizzy Gillespie and Tiny Tim. For others, the allure of the Playboy club was the scantily clad women cursing with cocktail trays. It was a playful environment, but strict rules were applied so the bunnies were not taken advantage of. The Lindell Playboy Club closed in 1975 but opened again for number years in a South County hotel. 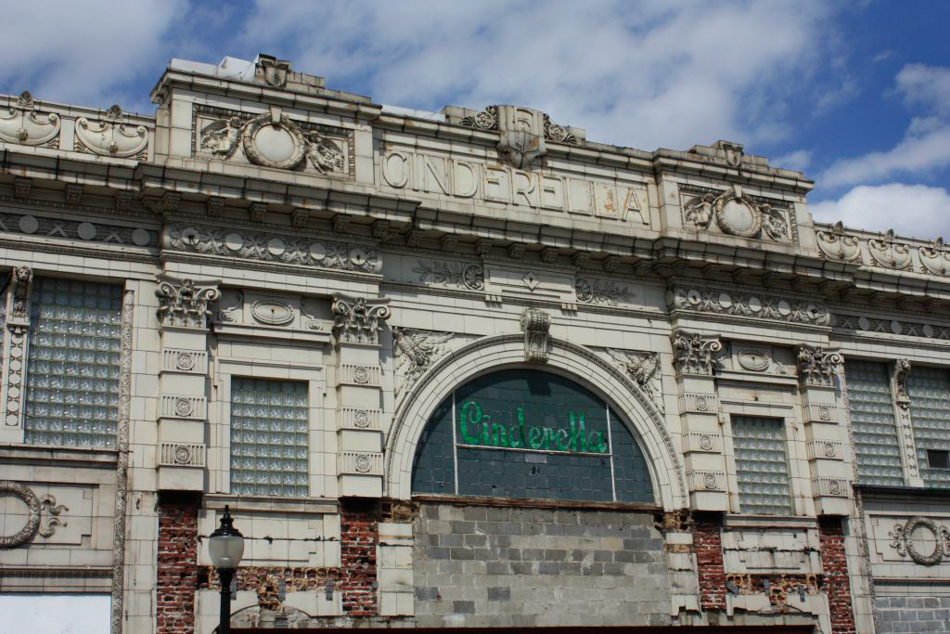 Cinderella Theater
The Cinderella building, with its beautiful terra-cotta facade, was originally built in 1913 as a roller skating rink and dance hall. Located in the heart of the Cherokee shopping district, the building was converted to a movie house in 1915. In 1928 Fred Wehrenberg purchased the theater and put the headquarters of his growing company in an office above the lobby. The Cinderella closed as a movie house in 1958, but the building still stands and is undergoing renovation.