Tonight, we have seen history, in some small part, repeat itself. The figures of Lewis and Clark find a modern day kinship in the persons of Frederick Dunn and Bob Harmon. Both sets were pioneers, both succeeded because of a shared common vision with their colleague, both were greatly inspired by the future possibilities that lay before them. In short, Lewis and Clark, Dunn and Harmon ventured beyond the boundaries of the status quo. So it is no accident that Dunn and Harmon were able to capture the spirit of Lewis and Clark in that remarkable building, for they themselves possessed it.

The cathedrals of Chartres, Notre Dame, Cologne are magnificent structures. But they would not attract such attention without the harmony they possess, the harmony between art and architecture. This principle is wonderfully displayed in the Lewis and Clark library. The open space of the library, the penetrating presence of the trees and light through the windows, and the figures of Lewis, Clark, and Sacajawea all serve as a canvas for a spirit of exploration and adventure. How many other libraries can lay claim to such a backdrop? And what a fitting backdrop for a library, where minds young and old, can explore the treasures of mankind's acquired knowledge.

I think St. Louis may not realize what it possesses in the windows of the Lewis and Clark Library. Departing from the norm, they provide visual interest from both the inside and the outside of the building. Prior to this, stained glass was almost exclusively an interior interest. The library also moved a primarily religious medium into the secular world, without compromising its integrity. Sure, there are libraries out there that contain a stained glass window here and there, but they are almost always displayed as a museum piece, no different from a painting on a wall.

Very, very few libraries possess windows that are integral to the building and its identity.

I could go on and on about the stained glass and its beauty and contribution to the building, but two minutes were alloted to me and I fear that I've already abused that. We at Emil Frei would like to thank you for recognizing the work of our artists and craftsmen and for bringing attention to the great pillars of the past.

Read more about how this building is in danger HERE 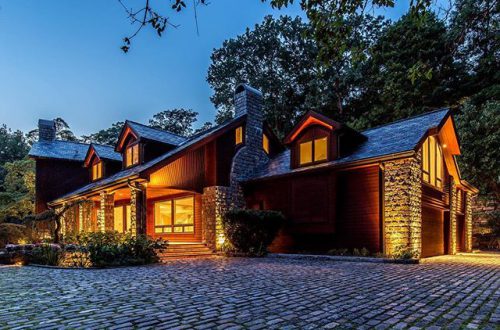